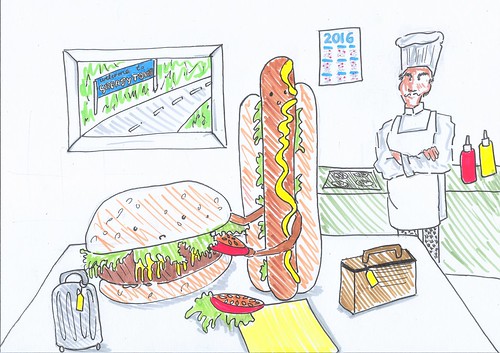 Once upon a time there lived a hamburger named Bob. His best friend was a hot dog named Billy.

He lived in a place called Greasy Town.

They were going on their holiday in 2016 when they saw an evil chef who took all of Bob’s ingredients off.

And Billy the Hot Dog helped put his ingredients back on.

They both said, “Phew! That was close.”

They saw a statue of ham and they started talking about how great it was.

“Should we eat it?” whispered Bob.

“Let’s get some ketchup to put on it,” said Billy. 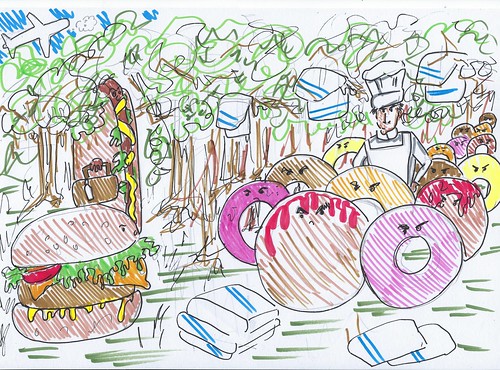 In New York City Bob and Billy saw the evil chef who tried to take their toppings again.

Then they were fighting with the evil chef called Joe because they didn’t like the food he served to them.

After the fight, a meteor landed on the evil chef and he shouted, “I’ll be back.”

When they went back to Greasy Town and Billy the Hot Dog jumped out of the aeroplane.

He was skydiving. But the plane crashed into a tree and Bob jumped out.

They landed in a jungle, Towel Land and it was filled with doughnuts.

The chef was there and he had an army of evil doughnuts. Billy and Bob fell asleep and had bad dreams about being eaten by the evil chef...