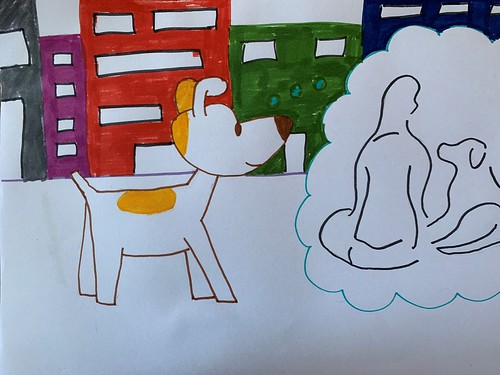 In 2021, there is a dog called Billy. His greatest wish is to have an owner. So, he is looking for one!

Billy is with Puppy in town trying to find an owner. They try to cross the street but a big car nearly rolls him over.

Billy spots a dog pound truck and realises that he might get purposely caught to find an owner.

Billy steps in front of the dog pound truck so the driver can see him. 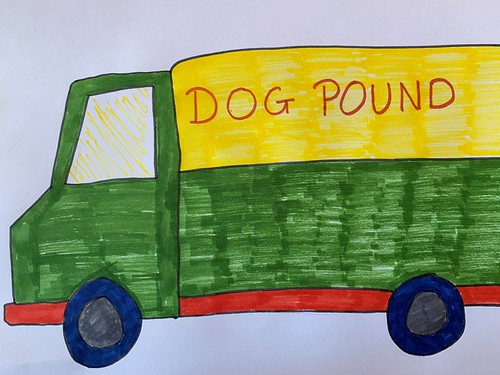 Puppy says to Billy, “Something bad might happen, you could get sent to a bad owner.”

“Most owners are nice though, replies Billy. “So, I don’t mind.”

Billy jumps inside the pound truck and sees a lot of bad dogs.

Oh no, this might be a mistake, Billy thinks.

Billy goes to jump out of the truck but the truck was driving on a bridge. 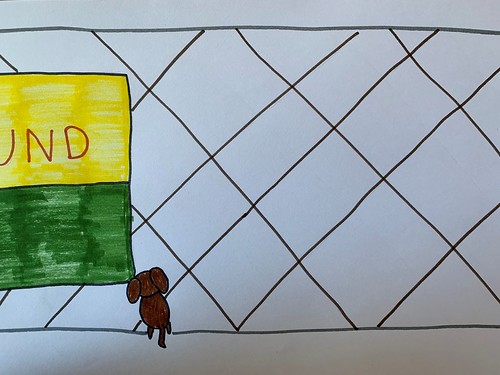 He is scared because he was afraid that he might fall into the river.

Billy immediately stops and thinks, where is Puppy?

Then, Billy looks down and sees Puppy hanging on the door handle at the back of the pound truck.

Billy thinks that Puppy might get hurt so he tries to stop the truck...