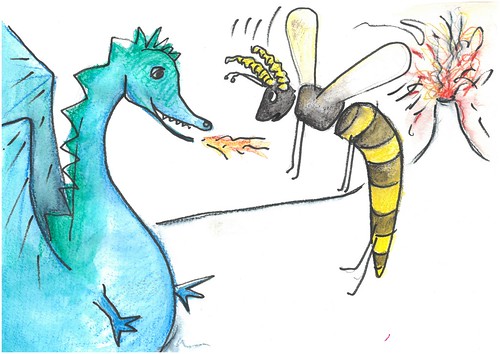 One day there was a huge hive. Horn the Hornet flew in and saw the Queen Hornet of England.

“How do you do?” the queen hornet said.

“You better find the wizard and destroy his lair, so he doesn’t turn evil,” said Queen Hornet.

The queen had already fought the wizard yesterday, but she had to retreat because the wizard was too strong.

The queen asked Horn to go on this quest because he was the only hornet with sharp horns. He was the chosen one.

Firebreather the Dragon came in to the hive.

This was his first time meeting Horn. Both of them got prepared to battle the wizard. 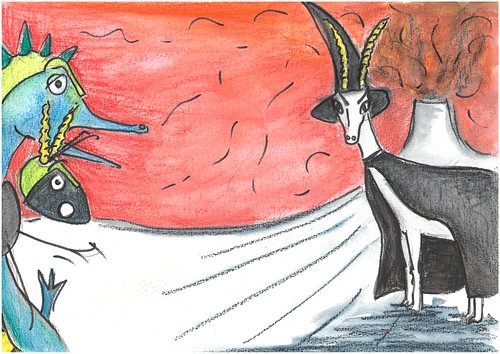 The two went to find the wizard’s lair, which was in a volcano called Mount Erupt.

They discovered the wizard was a goat!

This was a bad thing because they were both terrified of goats.

And not only was the wizard a goat, but it had huge horns.

Firebreather and Horn looked at each other and screamed…