The Battle of Joey the Ninja Chicken and the KFC Crew 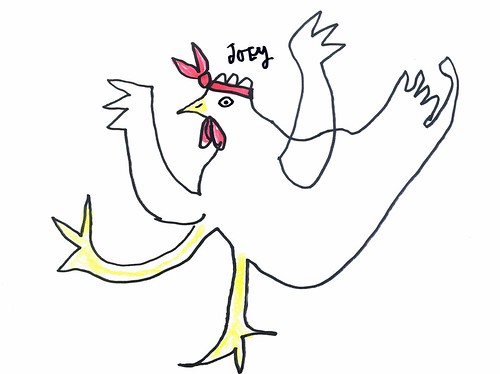 Terrified, Joey the Ninja Chicken took his first steps into the KFC world knowing he may never leave…

Five years earlier - Joey was having fun with his great-granddad on the farm.

They were sitting around eating wheat when Colonel Sanders, the CEO of KFC, jumped out of the bushes and took Joey’s great-granddad. 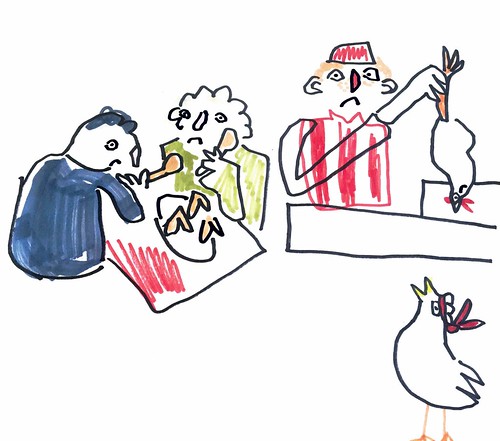 Little did Colonel Sanders know, they would meet again a few years later…

The ominous footsteps of the workers throwing chicken into the deep-fat frier.

He looked to his right and saw a line of chickens. They whispered, “help us.”

Joey stood petrified not knowing what to do. 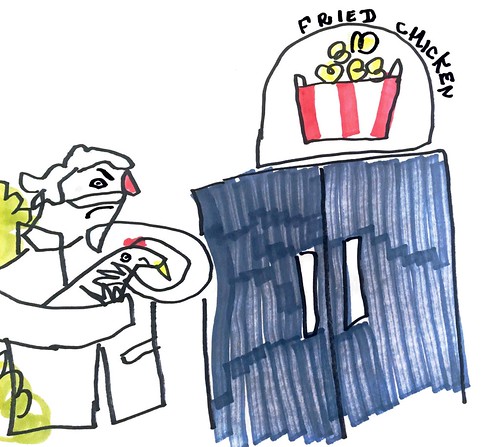 The next thing he knows, Jamie the Flying Donkey, Joey’s best friend, stormed through the door.

Joey turned and saw Colonel Sanders. The colonel was picking up chicken off the floor.

Suddenly, he reached down for Joey and grabs him with his purple gardening gloves.

Joey quickly slapped the colonel in the face. “Take that!”

But Joey realised he was not as strong. He leaped out of the colonel’s arms and started to run away.

The colonel shouted really loudly, “I’ll get you chicken! 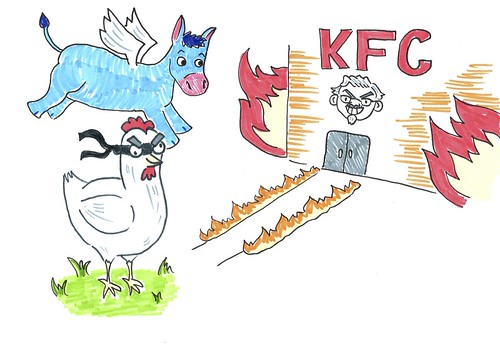 You’re not going to ruin my chicken operation.” He let out a villainous laugh.

Joey jumped on the Jamie’s back and Jamie flew away.

The colonel grabbed the deep-fat frier and pressed the button. It shape-shifted into a jet pack powered by chicken wings…