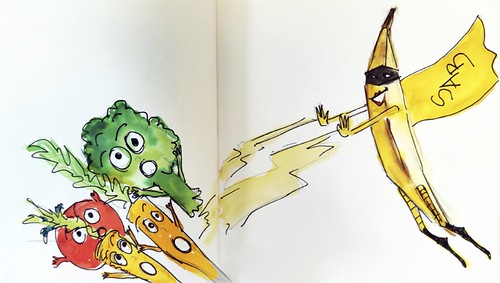 Super Anna worked as a scientist. She tried to make a potion to turn into a banana.

And it worked -- she was a banana! She was thinking and thinking, and she finally thought of a name.

She thought of her greatest wish, and tried to make a potion to shoot yellow fire out of her hands.

A minute later she tried it and it worked. She came back to fight the vegetables again. She cooked the broccoli.

Her friend Peely the banana peel came over and they ate the broccoli together. 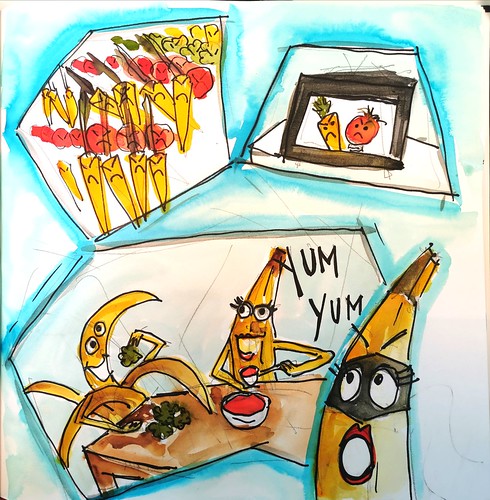 Then they went home to watch a movie about horrible vegetables.

Then she used a tomato to make tomato soup, and turned the corn into popcorn with her superpowers.

Then she had a party with her best friend Peely. Then she saw on the news that vegetables were attacking the world.

Peely the banana peel went to the shops while Anna the banana was fighting the vegetables.

Then Anna the banana went home. The next day, the vegetables struck back.

There was an army of vegetables...