Skip to main content
Home Stories The Attack of the Bananas

The Attack of the Bananas 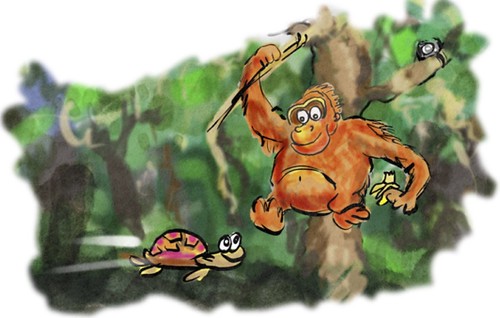 In the dangers of the jungle lived the orang-utan named Darwin and his trusty side-kick Turner the Turtle.

Turner the Turtle was not slow he was super fast. Every year the banana wrangler Peely, came into the jungle to hunt all the animals.

But of all the times he had come, he had only managed to hunt five animals. This year he is coming, but he won’t get anyone because a new superhero has arrived in the jungle.

Peely found out about the new superhero so he hid cameras in trees.

The cameras saw a turtle going at ninety! The cameras also saw Darwin eating a load of bananas and Peely felt offended. So then Peely got another villain called Johnsy the Grape.

In a secret lab in a bunker underground, Peely said to Johnsy, 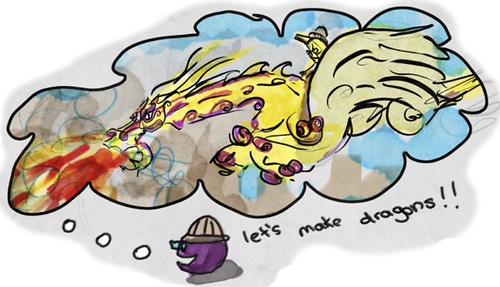 Johnsy replied, ‘I have the perfect idea. We ride on dragons into the jungle, breathing fire.’

So then Peely said, ‘I have a better idea we could add some of our DNA to make the dragons like us.

It could become a metal robotic dragon, and we’ll put a sign on it that says “Use this to save the Jungle”.

But it’s going to destroy the jungle. MWHAHAHAHAHA!!’

Johnsy said, ‘We should definitely do that and let’s get some more bananas to lure them in.’

Meanwhile in the jungle, Darwin and Turner were getting ready for the hunting this year.

They were punching punching-bags. Then Darwin missed the bag and punched the tree by accident and the camera fell out!

‘I wonder where this came from?’ said Darwin...