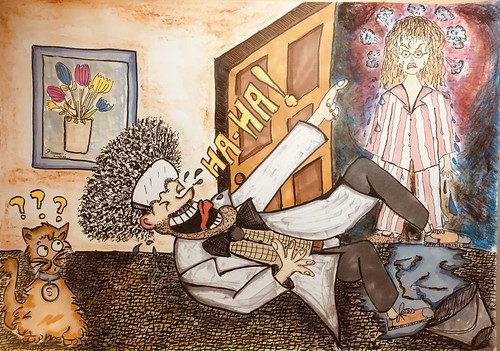 Ava was a little girl who loved science. She was inspired by her dad (Mr. Smith), who was a mad scientist.

Mr. Smith would do all sorts of tricks, such as make her pet rabbit a human being, make himself invincible and make their house the size of a pea.

His most famous trick was to shrink a person on April Fools’ Day. Ava’s dad was the king of April fools’ tricks, so Ava was dreading the next Wednesday because she was going to be his next victim.

Finally, the day came. Ava made sure to stay in bed a little later than usual. Suddenly the door burst open and her father trotted in.

“Morning sunshine! How are you feeling today?” asked Dad.

Ava got out of bed and stepped outside her door but before she knew it a bucket of water plonked on her head.

This was followed by a blood curdling cackle. Ava then dried herself off and marched back to bed. She woke up and went down for breakfast. 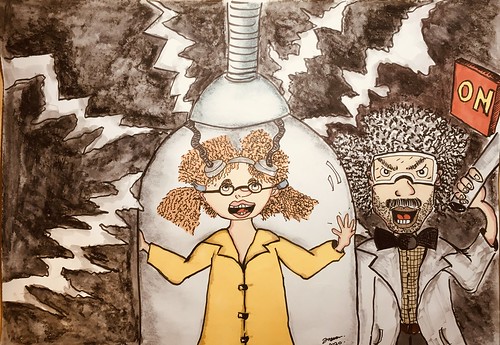 Her dad grabbed her by the wrist and yanked her into his lab room. He then put Ava into a large glass tank and pushed down a humongous lever.

Suddenly, bolts of lightning shot out of the ends of the wires that were attached to the helmet that Ava was wearing.

There was a gigantic puff of smoke but then in a few seconds Ava crawled out of the box and coughed and spluttered because of all the smoke.

She looked up and saw her Dad staring at her in amazement. “What’s wrong Dad?” asked Ava curiously.

“Oh, nothing sweet pea” he spluttered.

Ava looked in the mirror and was horrified to see herself, she was about the same size as half of a pea.

“Dad, you are so dead!” And with that shoved her father in the machine and did exactly what her dad had done with all the lever pushing and everything.

Finally, Dad stumbled out and chuckled to himself and at the same time Ava and him shouted “Gotcha!”

“Finally, I got him” Ava thought to herself. She then gulped down a cup of deshrinkanator and came back to her normal size.

As for her father, he stayed small but from then on, he dreaded April Fool’s Day