Skip to main content
Home Stories The Apple and the Banana

The Apple and the Banana 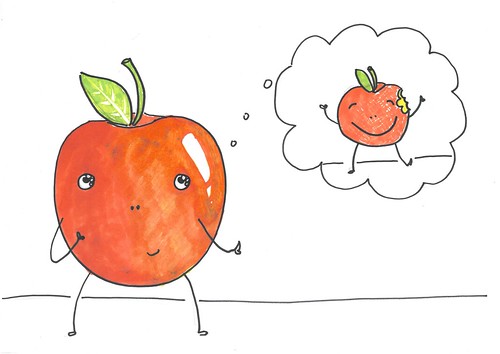 Once upon a time there was a talking apple. His greatest wish was to be eaten.

The apple wanted to be eaten by a person and not by the rotten banana.

He was in the middle of running away from the banana inside the giant teapot.

Suddenly a tea bag jumped on the rotten banana. 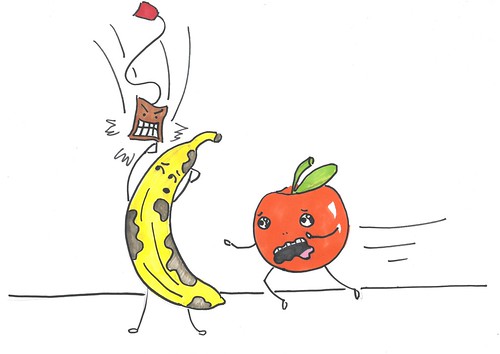 The banana got hurt and he went to the food hospital.

The talking apple said, “Why did you rescue me?”

The teabag said, “Uni the unicorn came to me and said that you needed help.”

The talking apple went back to his apple kingdom.

He went to the unicorn and said,”Where have you been? 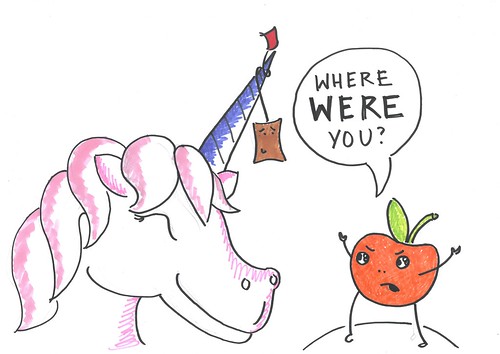 I’ve sent the teabag to look for you.”

Uni cried, “I was getting chased by the rotten banana!”

Meanwhile, the bananas made a team to surround the kingdom.

They wanted capture the talking apple…