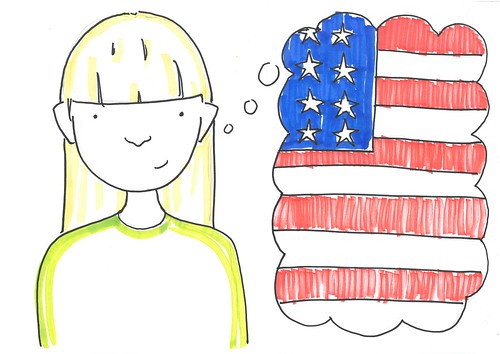 It was the client’s first time at the gym and she was a bit nervous.

“I’m feeling a bit nervous,” said the client whose name was Jessica.

Aoife said, “There’s nothing to be worried about we are here to help.”

Aoife worked with Jessica for about an hour and Jessica was really pleased.

Aoife’s birthday was coming up in about a fortnight and she was looking forward to it. She was going to be twenty. She usually went out with her best friend Samantha.

Samantha was planning to surprise Aoife with a trip to New York City. Aoife wanted to travel and her greatest wish was to go to America. 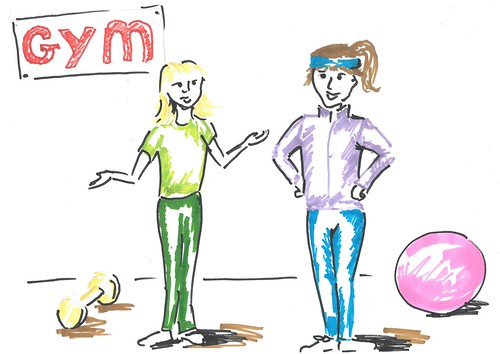 “Guess what?” said Samantha during the meal. “I’ve booked a ticket for you to go to New York City!”

All of Aoife’s friends started to cheer. Aoife felt excited but also afraid. She had never flown before.

The next day Aoife was working with Jessica again at the gym.

“I’m going to New York for two weeks. My friend bought me a ticket,” Aoife said.

“I’m the one that’s nervous now! I’ve never been on a plane before,” Aoife admitted.

“There’s no need to be nervous. 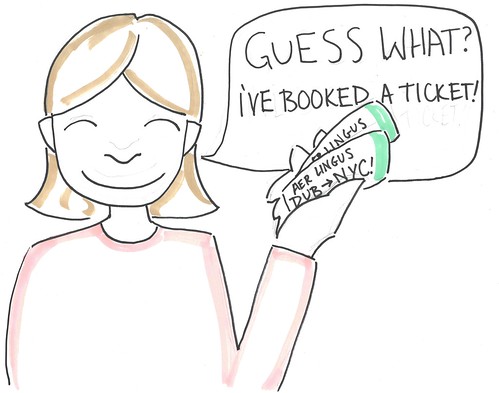 You just sit down and close your eyes and you’ll be there in no time.

You can even watch a film on the screen on the back of the seat.

And they’ll give you something to eat,” Jessica told her.