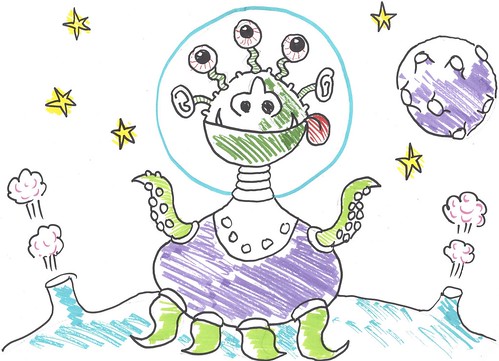 In a galaxy far, far away... a billion light years away, a rogue spaceship was flying through space.

Alice the Astronaut was the captain of the ship.

She looked down and saw an alien wandering on the planet below. He looked lonely.

Alice ejected a pod out of the spaceship. The pod landed in a crater outside Albert the Alien’s house.

Albert rushed excitedly to pick up the pod and see what was inside. 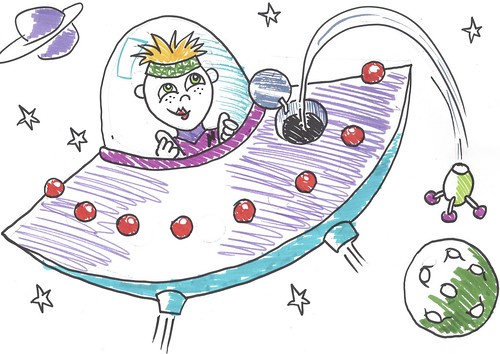 He was mesmerised by the hologram that suddenly appeared.

“Dear little alien,” said the hologram. “I saw you as I flew by and thought you would enjoy coming to my birthday party on earth.”

“But I can’t go to earth because it is too cold!” said Albert the Alien...