The Adventures of Sean and Billy Bob Joe 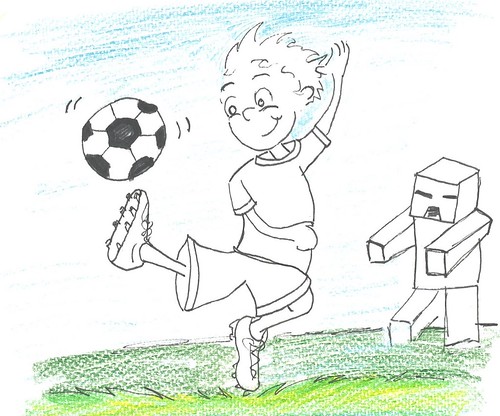 One day Sean was in his bedroom on his playstation. He was playing minecraft.

He was having a glass of water and he looked into the glass.

He saw his reflection and he got a fright. The water then spilled on his controller and he got sucked into the game.

His best friend Billy Bob Joe came to Sean’s house and when he touched the controller he got sucked into the game too. 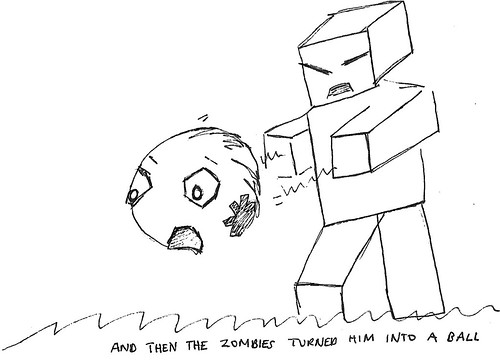 While they were in minecraft they accidentally clicked the soccer mode which then turned the game into FIFA.

The zombies transported in from minecraft to FIFA and began to follow Billy Bob Joe.

Billy Bob Joe accidentally clicked on a mode that turned them into a soccer ball and the zombies into the players.

They started to play a match.