The Adventures of the Scary Flying Shark 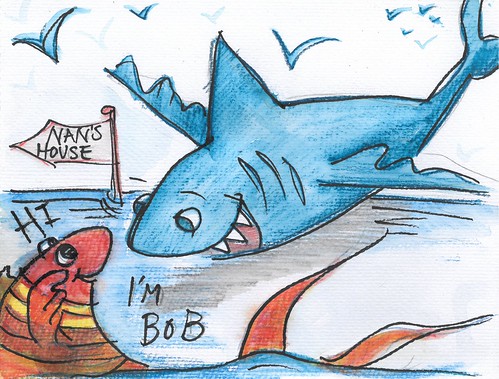 There was once a flying shark who used to visit his nan.

The shark’s nan was an evil shark who gave him toffees that stuck his jaws together so he couldn’t complain.

One day, on his way to his nan’s house, the shark found a fish called Billy Bob.

After that, every time he went to his nan’s house, he would play with Billy Bob.

One evening, he came across an annoying salmon called Silly Salmon.

The shark wanted to eat him. 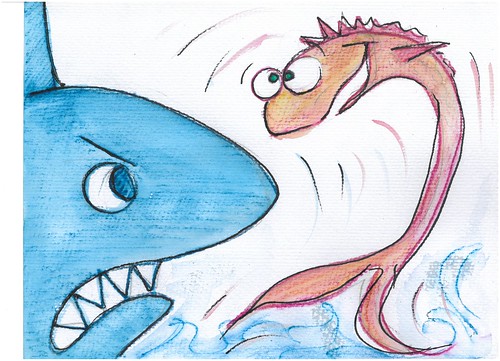 “If you annoy me one more time, I’ll eat you,” he growled.

“Yeah, right. You can’t catch me. Not on the scales on my finny fin fin,” Silly Salmon replied.