Adventures of Peadar the potato guy 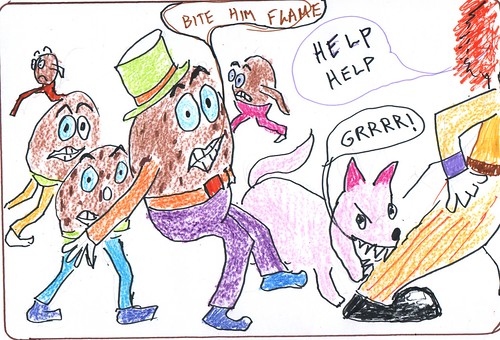 Once upon a potato time there was a normal potato in a kitchen.

He was on a plate about to be eaten when he fell off the plate and landed on the ground.

Ronald McDonald who was the one who tried to eat him, shouted “Five Second Rule”, and bent down to pick him up.

Peadar rolled away as fast as his little body could carry him.

Ronald didn’t even hesitate and kept running but Flame put Peadar in his mouth and they ran away as fast as he could to his basement.

Ronald McDonald was so angry that he stole all the potatoes and put them aside to turn into chips. 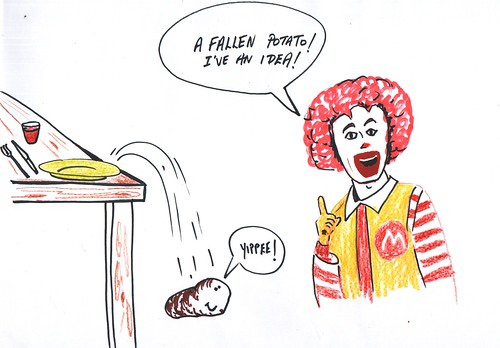 On Potato Day, very early in the morning, around 3.00 am, Peadar went to save the potatoes.

They were being kept in Ronald McDonald’s house in a big saucepan in the basement.

Peadar was outside and he could hear Ronald through the vents.

He could hear him on the phone with his friend Samuel, saying: