The Adventures of Mr. Majinky 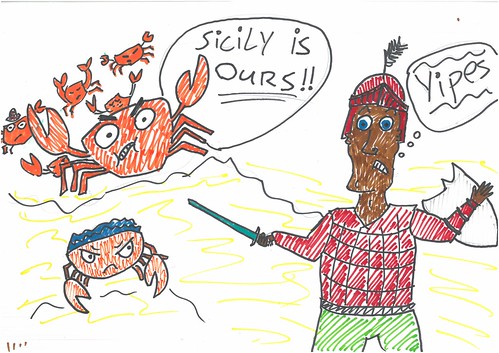 Once there was a red knight called Mr. Majinky who had slain three dragons.

They were too late. The crabs had taken over Sicily, and when Mr Majinky and John were standing on the beach of Sicily, a crab called Jimmy came over and gave Mr. Majinky a poison pinch on the bottom, which made him faint. Then, the crabs pushed him into the sea.

John the peasant looked frantically around for him, but couldn’t find him because Mr. Majinky had washed ashore in Rome.

Mr. Majinky had been asleep for one month when he woke up on a new beach.

All this time, his mother had been searcghing for him, but couldn’t find him herself.

She called an SOS plane, which picked up John the Peasant to find out where Majinky had been last. 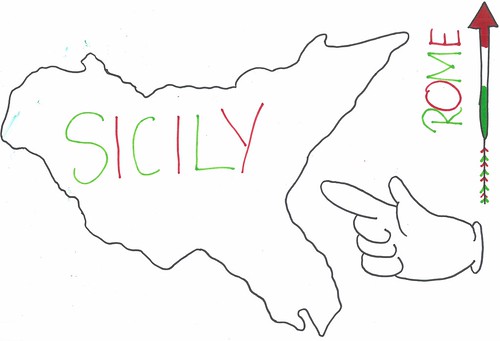 Meanwhile, in Rome, a soldier came along to speak to Mr. Majinky:

“Invaders are NOT allowed!” shouted the soldier, as he chased Mr. Majinky out of the city,

Suddenly, there was a cliff, and they both fell off. Mr. Majinky saw a rock below him…