The Adventures of Metal Man and Sparky 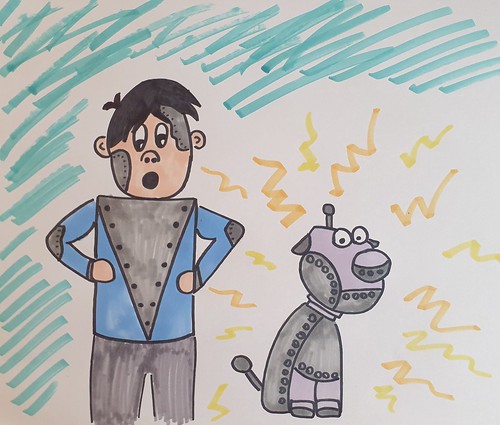 Once upon a time there was a metal man who was half human and half metal. His name was Metal Man.

His dimension was invaded by aliens. He tried to save his people from the aliens but failed.

As punishment, he was turned half metal and sent to a different dimension.

While Metal Man was walking through an abandoned park, he found a lost, hurt dog. He went over to the dog and looked at the metal on it.

“First thing we’re going to do is name you Sparky,” said Metal Man.

He took Sparky home to fix him up. Metal Man managed to fix Sparky and take him on his first walk. 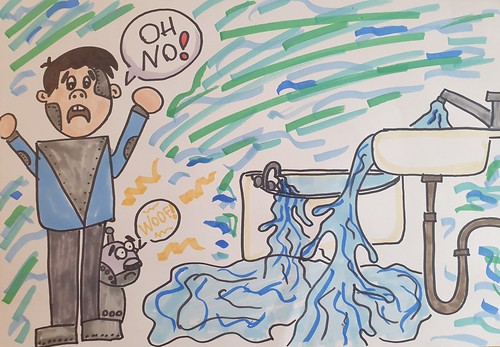 When he got home, he realised he left the water pressure on full blast.

As he opened the door, he saw the whole downstairs covered in water.

Water was his greatest fear. When he tried to stop the water, unknown to him, he was being watched...