The Adventures of Larry Barry in Longford 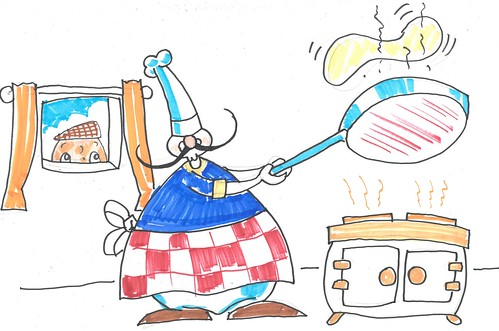 Larry Barry the chef was having a nightmare about Longford losing the All-Ireland final.

He woke up and Pete the Potato was gone.

Larry Barry and Pete had had a sleepover.

Larry Barry was very worried that his friend had disappeared. 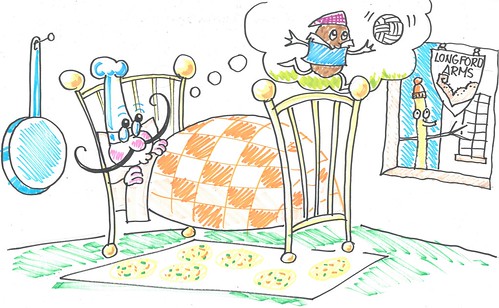 Larry Barry went outside to look for Pete.

And he wasn’t in Pat Lynch’s furniture store.

Pete had run away to Dublin. He was going to play for Dublin and defeat Longford in the All-Ireland final.

Larry Barry had to stop looking for Pete and go to his early shift in his restaurant.

Mick the Stick the waiter was already there. 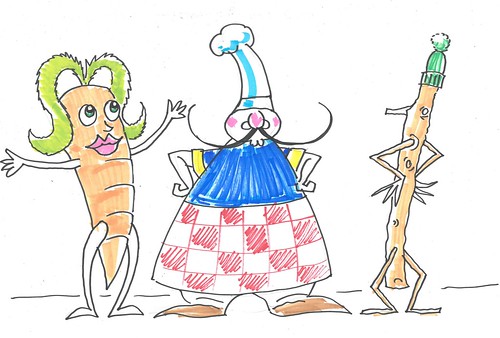 “Why are you late?” asked Mick.

“Oh, I’m sorry. I was looking for my best friend, Pete the Potato,” said Larry Barry.

Ciara the Carrot came in. “Where’s Pete?” she asked.

Mick the Stick said, “Why is everybody worried about Pete..?”