The Adventures of Johnny the Polar Penguin 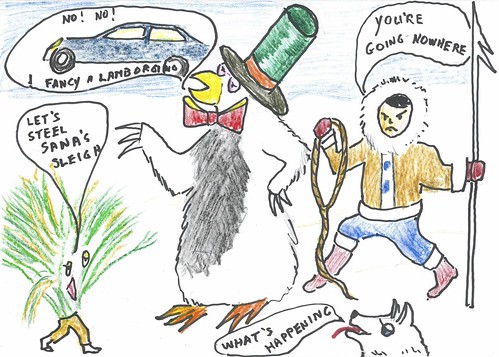 In the arctic, there lived a polar penguin called Johnny.

He lived peacefully with his mum and dad and his best friend, Jeff, a piece of grass.

His mum was a penguin and his dad was a polar bear!

When he was four his mum and dad were captured by Eskimos.

After they were captured Johnny looked for a plan to save them.

“I could draw the keepers out while you sneak in and grab your parents” said Jeff. 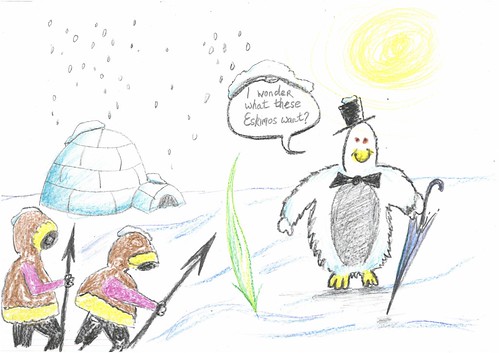 “So how do we get to the north side where they are?” replied Johnny.

“We could steal Santa’s sleigh and use that” said Jeff. 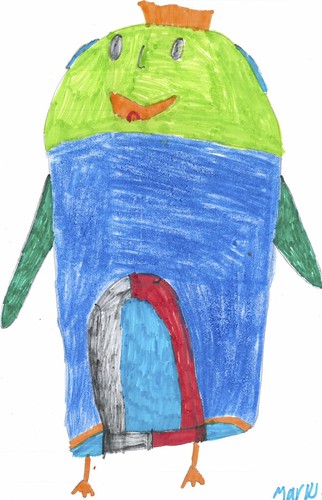 “How do we get Santa’s sleigh?”