The Adventures of Green Glo and Cookoo Man 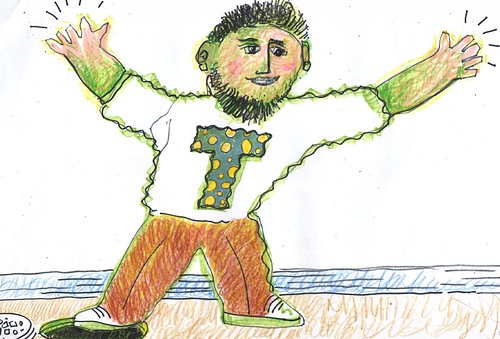 Once upon a time on top of a hill there was a man called Green Glo.  He was a Toxic man.

One day when he went to the sewers and ate a lot of toxins and then he became Toxic man.

Afterwards when he put his foot in the water, he started to melt, so he is now afraid of water.

He wished he had more friends. His only friend was Cookoo man.

The first time he met Cookoo man they had a fight. They were fighting because they didn’t like each other.

Toxic man had tried to get Cookoo  man in trouble with the sewer man, by blasting him with toxics and making him look like the sewer man. 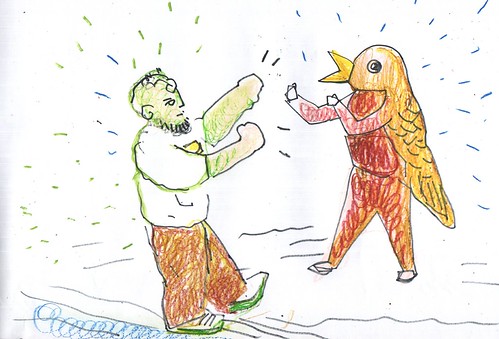 He said “I’m sorry for what I did, can you forgive me?”