The Adventures of Fred and eBay 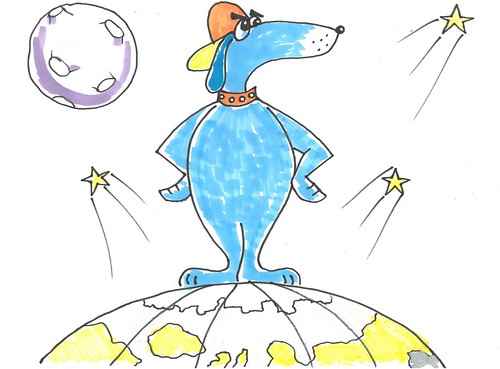 One day, Fred the Blue Dog was in space and he saw the whole world.

He said, “I want to take over the whole world one day!”

Then eBay, his best friend, declared, “Only if it’s cheap.”

“It’s only cheap if you get it on eBay, not like Amazon.” Fred exclaimed.

Fred and eBay took Elephant the Space Train, who was passing by Mars, but they crash-landed on the moon. 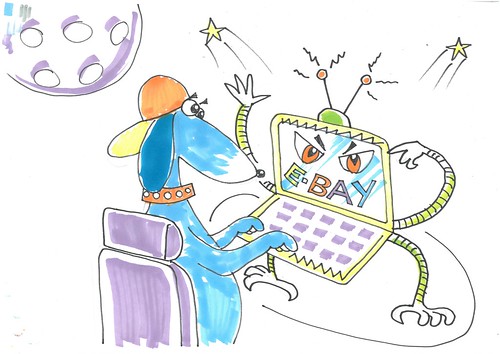 After they crashed, Fred got off and stated, “I’m never going on that thing again.”

Fred went onto eBay and tried to buy a rocket to go back to earth.

But eBay didn’t have a rocket, so he had to buy one from Amazon, which was disappointing. 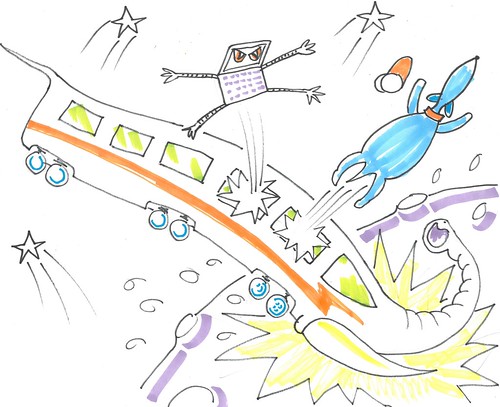