Skip to main content
Home Stories The Adventure of Mermaids

The Adventure of Mermaids 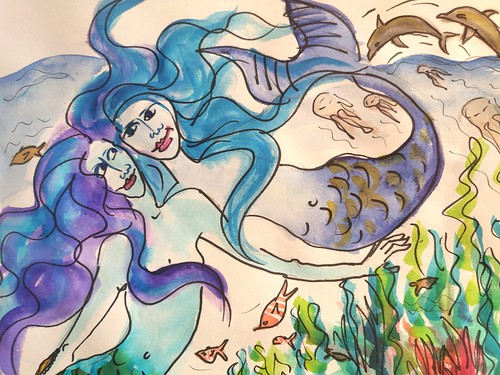 Nicole the Mermaid lived under the sea with her best friend Kara the Mermaid. They were swimming with dolphins.

“Whose house are we going to meet up next?” Kara asked.

As they were swimming, they found an old cave. They went in and saw loads of bones and a skeleton.

They also found a treasure chest. Their mission was to find the key to open it.

“Should we look for the key, or should we leave it?” asked Nicole. She was awkward and confused. 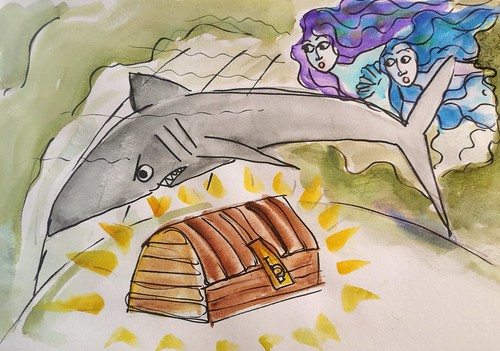 “We should find the key,” replied Kara. She was scared but brave.

They swam all the way home and gathered some friends. With all of their imaginations, they found the key.

It was guarded by a shark. Nicole and Kara were scared and terrified.

“We don’t need to be afraid of the shark once we have our legs, we can go on land,” Kara felt better and braver.

Nicole felt so sick about this because she was so worried but she agreed to get it over and done with.

They crept up behind the shark...