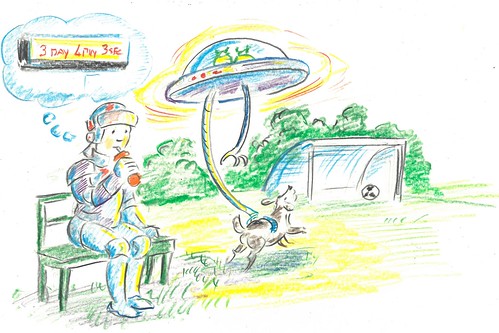 It was a normal day for Ace. He was playing football with his best friend, Star the Super Puppy. Star scored a goal!

When Ace was having a drink, Star was abducted by aliens.

The aliens brought her back to their headquarters.

But Star didn’t understand them.

Star was a Super Puppy so she flew back to Earth and landed home safely. 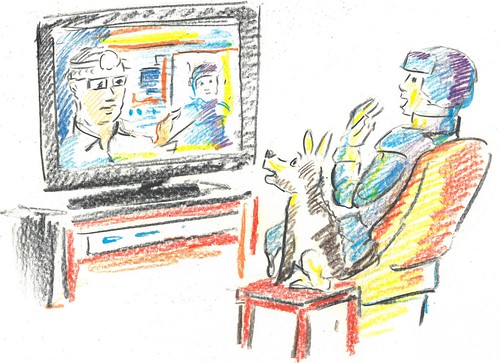 Later, Ace was watching the news and he saw that there was a person called The Designer and he made Ace.

Ace was shocked because he didn’t know he was a robot.

On the news, The Designer said, “I made a robot eight years ago and I named him Ace. I am looking for him.”

Ace fainted and when he woke up he decided to look for The Designer...