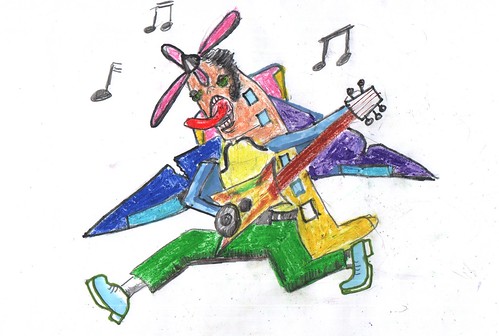 Frank the Paper Aeroplane was playing White Parade on an A4 sheet of paper in his Granny’s basement.

The city had been bombed out.

Frank and Oscar the ostrich, his best friend, were hiding.

Bob the human who had created Frank, was trying to find his first paper aeroplane but didn’t know how to.

Oscar and Frank felt they were ready to get back and re-form the band, “My Paper Romance”. 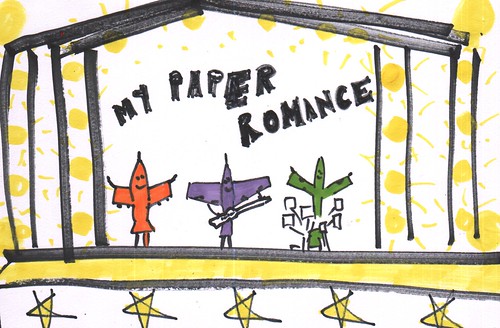 But they needed a bass player.  As a bassist he needed to be made of cardboard.

The band wanted to perform at the next festival called Rock Paper Scissors.

They were against bands with rocks and scissors.

They were up against one band called “Nurhama”. 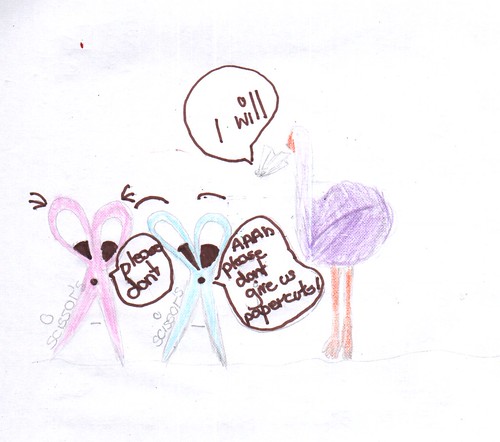 Frank saw the lead singer of Nurhama, and said:

To get to the festival they had to fly in an aeroplane and Frank was terrified.

The band was on stage, they were about to play their first song but then Frank flew off the stage…