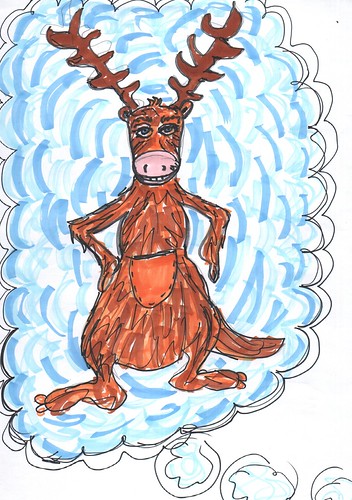 There once was a Kangamoose called cushion.  His best mate was Harold the pig.

He lived in the land of the Mookangas and always wished he could be a Mookanga too.

His destiny was to become a Mookanga, like a caterpillar turns into a butterfly. But it’s taking ages.

He didn’t know he had to do a trial – he needed to spend 24hrs in a special cushion: the legendary Mookanga cushion.  But I’m sorry to say that he was scared of cushions!

One night Harold came over for a sleepover and watched horror movies about cushions.

Cushion said to Harold “Harold, I’ve always wanted to be a Mookanga but I don’t know how to become one.”

“But you live in a world of Mookangas!” Cushion said. “How do you not know who they are??” 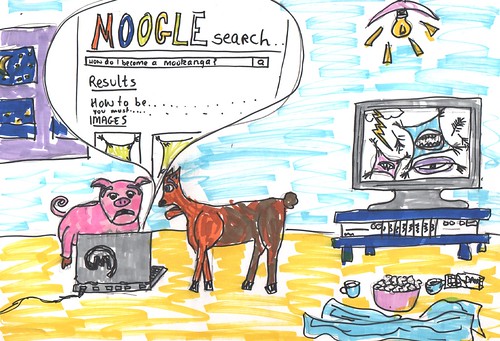 “Look: I have the top half of a kangaroo and the bottom half of a moose” Cushion explained, “and I want this inverted!”

Harold the pig said “Why don’t we go onto ’Moogle’ and search how to become a Mookanga, then?”

On Moogle they found out the terrible truth about the trial by cushion.  He was going to have to face his fears...