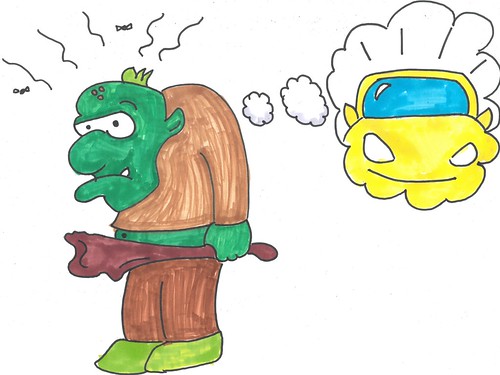 Ogalmoc the Troll was in Easons in O’Connell Street buying Match Attax cards.

He was a very smelly and stinky troll because he had no shower in his house. Everyone noticed him because he was smelly.

Ogalmoc left the shop and saw a Lamborghini. The driver was a pig called Burnt Bacon.

Ogalmoc went over to the pig and said, “You’re mad! You’re not supposed to drive a car with hooves!”

There was a huge bag of mushrooms next to the pig.

Ogalmoc was afraid of mushrooms so he went to the other side of the car and threw the mushrooms into the street. 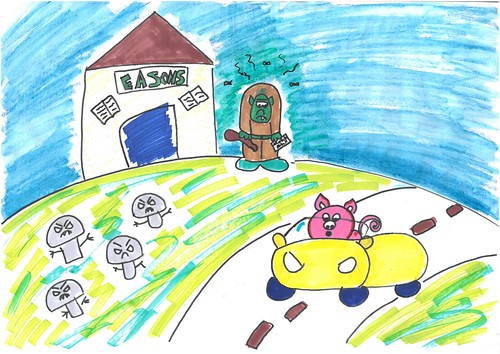 A bus drove over the mushrooms and they were squished.

The pig jumped out of the car to try to save the mushrooms.

Then Ogalmoc jumped into the Lamborghini and drove away...