​Freddy the Fox and the Giant Dinosaur 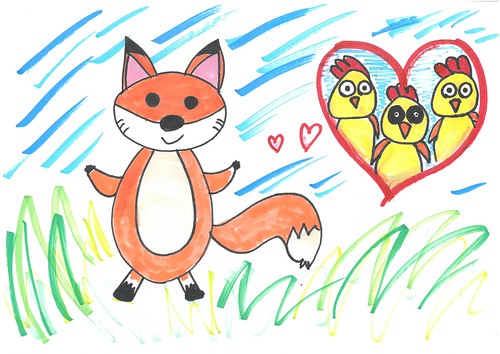 One evening, there was a fox called Freddy. He was collecting chicken for his family.

This time when he was looking for the chicken, he found Darren the Dinosaur.

He was frightened and said ‘Don’t hurt me!’ and then he ran away with his chicken.

When he arrived home, his family asked him ‘Where’s all the chicken?’.

‘A big dinosaur came and he took all of the chicken!’. 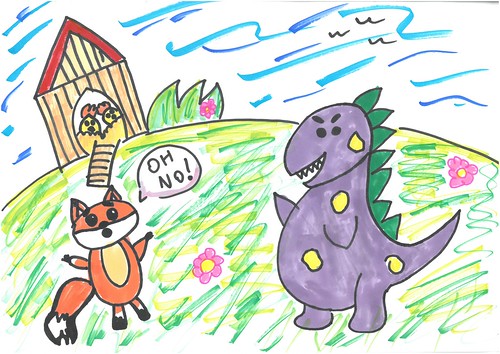 ‘We don’t believe you!

How could that happen when dinosaurs are extinct? You must be hallucinating!’.

‘I don’t know? Maybe this dinosaur escaped when the rest were extinct.’

The next day, when Freddy went back to see if there were any more chickens, they had all disappeared.

Freddy thought to himself, ‘This must be the dinosaur’...