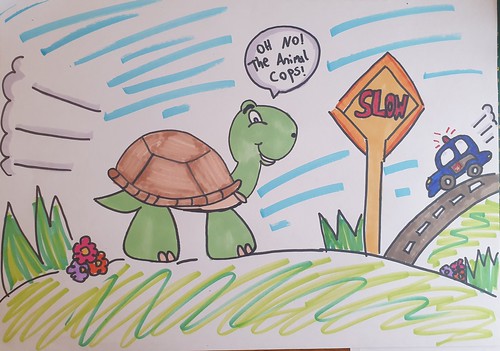 Bob the Turtle wanted to have a friend. He was walking around his home and he found a dog.

He asked, “Would you like to be my friend?”

Then he went down into the sea and he met a shark. He asked, “Do you want to be my friend?”

Then Bob the Turtle went around the village looking for another friend and he found a clown fish. He said, “Do you want to be my friend?”

And the clown fish said, “Yes.” 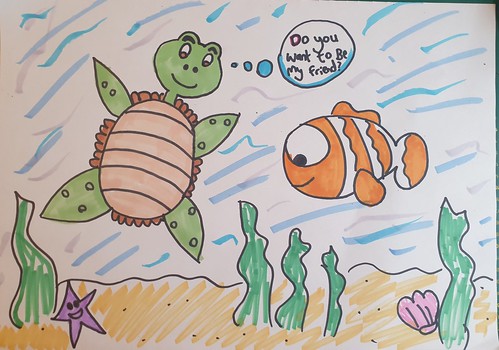 Bob said to Spike the Clown Fish, “My nightmare is animal cops. What is your fear?”

Spike said, “My worst fear is Snappy the Shark.”

Then Bob saw Snappy the Shark coming for Spike…