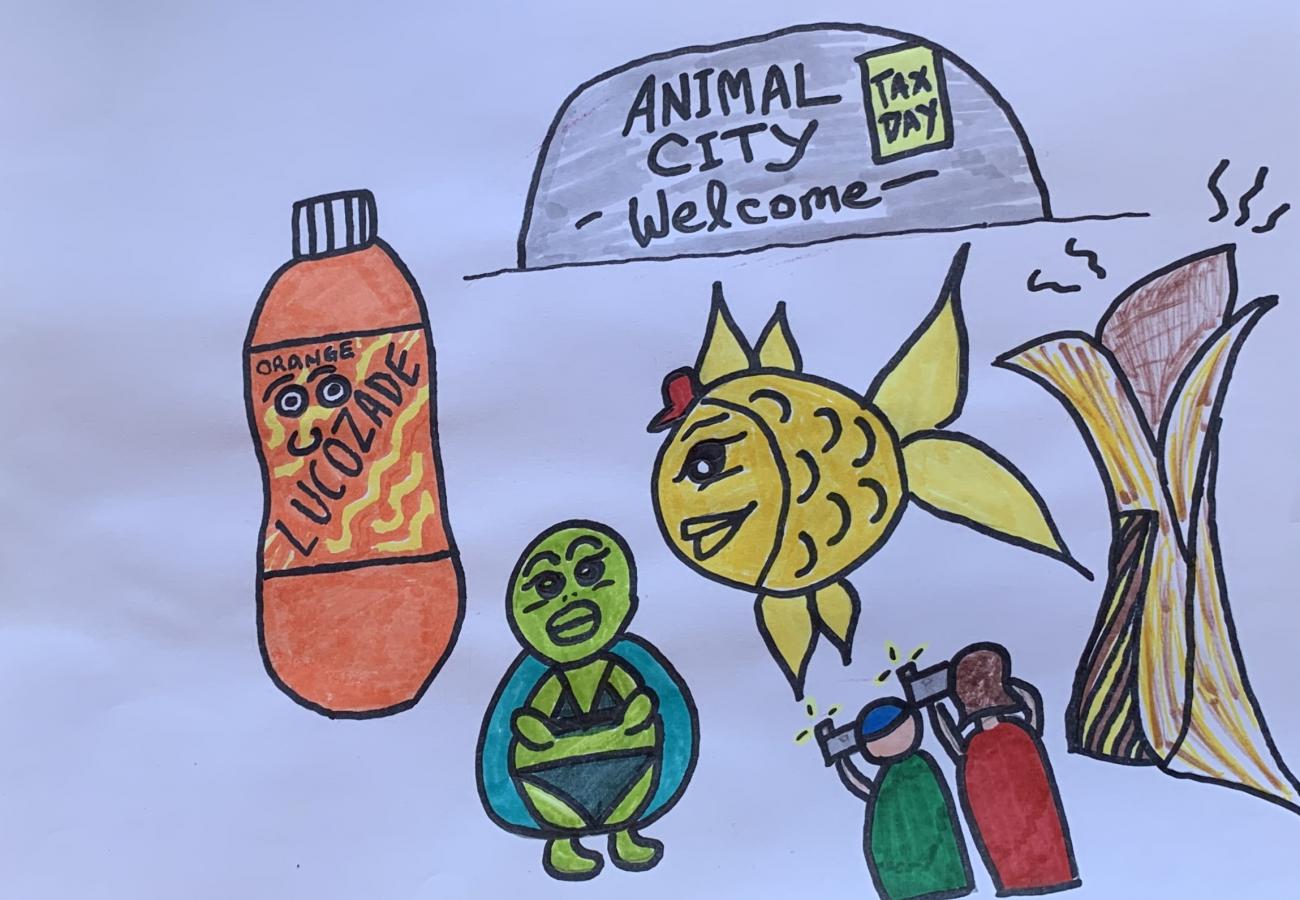 One day in the Animal City in 2122 there lived an orange Lucozade called Orange Lucozade. There was a goldfish called Min who wore a tiny hat and he looked like a barnacle compared to sharks. They were walking to school together.

Min saw what he thought was his missing father.

It was at this moment that Min remembered that he forgot to pay his taxes. He hated taxes.

“Omg I forgot to pay my taxes!” he shouted out loud. Animal City was super busy around school time.

A turtle wearing a metal bikini stopped when he heard Min shout. It took him a million years to turn his head in their direction and he looked at them strangely.

“I’m too beautiful to go to jail!” cried Min.

Min was so scared that he had to go home. His house was a floating old rotten banana.

When he got home, the tax collectors were at his door about to take his house away. The area was flooded with paparazzi.