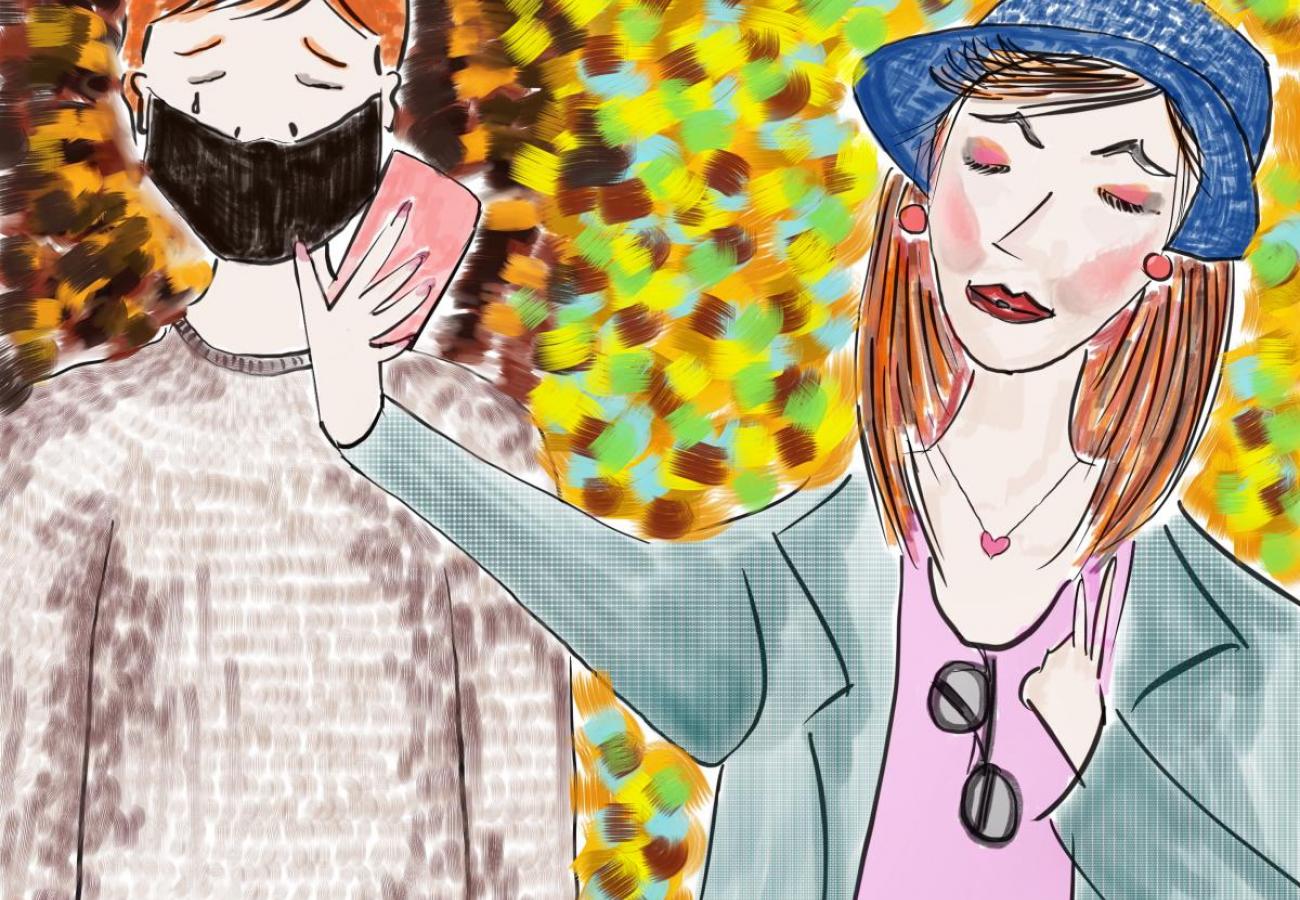 Andrea and her brother, Luke, were meeting up at the Red Rose Café near Stephen’s Green in Dublin. They hadn’t spoken in a while. Andrea didn’t know that Luke had won a million euro in the Lotto.

Nobody knew.  Andrea was usually rude and disrespectful to Luke. Growing up, they didn’t get along. Now, Luke had something important to tell Andrea but he couldn’t get her attention, even a second for her to just listen to him.

Luke was trying to explain why he hadn’t spoken to Andrea in a while. He wanted to tell her that he wasn’t well over the last couple of months.

“I’m telling you that is Robbie Williams. Let’s go over and get a picture!” said Andrea.

She hoped the photo would go viral on Facebook. She was a big fan of Robbie Williams but Luke was more concerned about keeping to the social distance regulations with COVID and his illness.

“You can go over by yourself, I’m not making a fool of myself. I have no interest in Robbie Williams” said Luke. He got impatient. “Listen for one second I’ve got something to tell you”.

“I don’t care what you have to say, I want to meet Robbie Williams. Think of all the likes we’ll get on Facebook! We’ll go viral Luke,” replied Andrea.

“What do you mean?” asks Andrea.

“I have to tell you about something. It’s about an illness that runs in our family.” said Luke.

Being the only two of them in the family, Luke wanted Andrea to get checked out to make sure that she wouldn’t get ill too.

Andrea squealed, “One day I’m going to have as much money as Robbie Williams.”

Luke shouted, “Money can’t buy everything. It can’t fix your health. Just listen for once in your life!”

“Luke, why are there tears in your eyes, why are you starting to cry?”