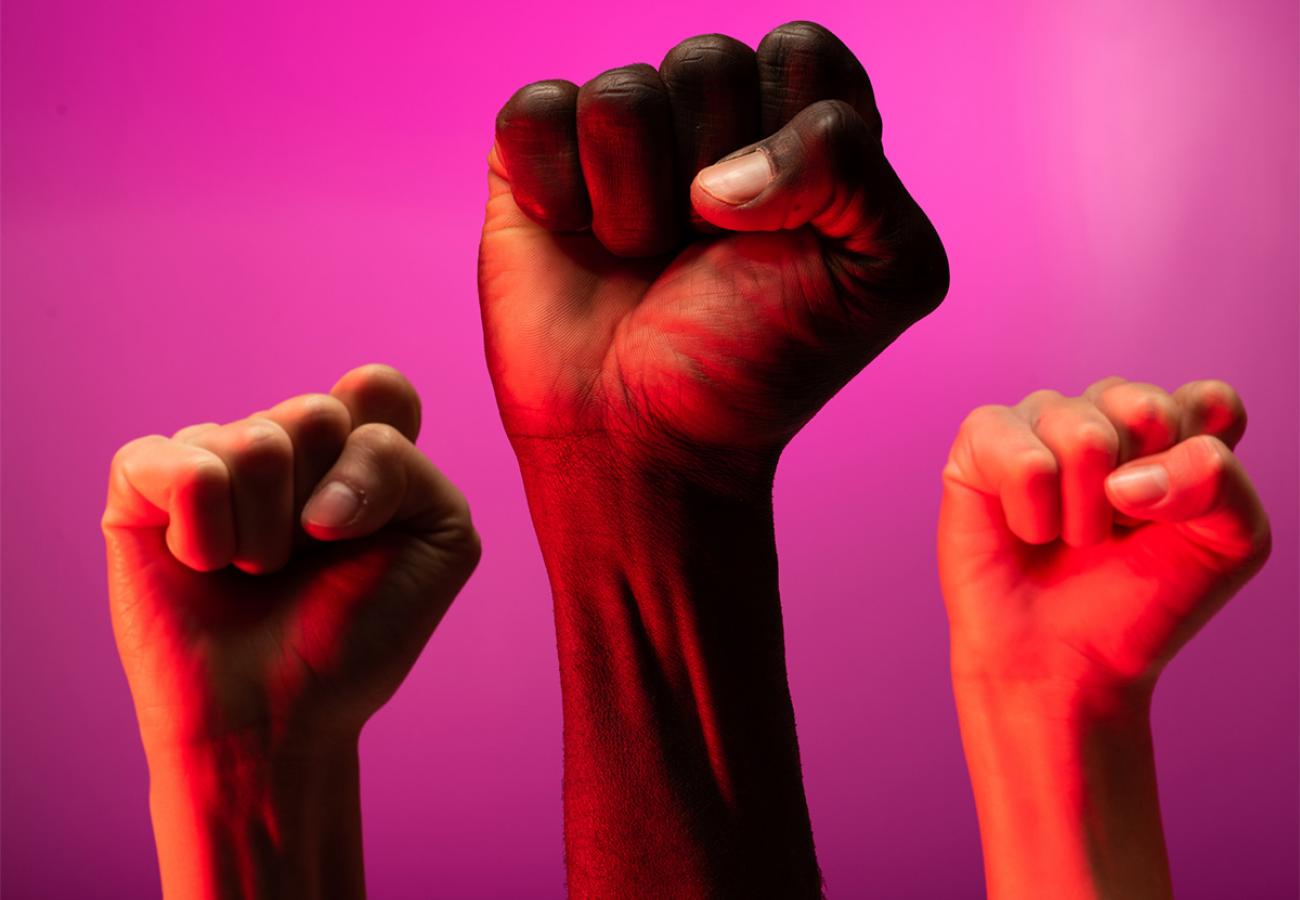 Songs and music have played a powerful role in human rights movements, giving a universal voice, crossing barriers and promoting unity and equality.

As part of the Dublin Arts & Human Rights Festival 2022 a group of teenagers attended a songwriting workshop at Fighting Words, Dublin and looked at the history of the protest song, and then drew on their own themes to create songs relevant to today's (their) generation.

Here the lyrics to the songs they created.

A little boy sits confused, as his family is taken away,

Distant gunshots linger as the night-time breeze it sways,

People killed with guns and bombs,

The screams and shouts of innocent people,

Prayin’ that they won’t die today

That they won’t die toda-ay

That they won’t die today.

He looks at the explosion in the sky from yesterday,

The smoke has cleared but the sky still looks the same,

There are still guns and bombs,

Those innocent people still prayin’ that they won’t die today,

That they won’t die toda-ay

That they won’t die today.

Is a man following her?

She has to wear a certain skirt,

Or she’ll be afraid of what they say

But she is the lioness, The heart of the pride,

She withstands the quietness keeping everything inside

In her work, In her life,

She doesn’t get to keep what’s hers

Or she’s forced to keep what she doesn’t want,

Forced upon a motherhood,

Expected to do what a Mother could,

Through the blood, abuse and fear,

But she is the lioness, The heart of the pride,

She withstands the quietness keeping everything inside.