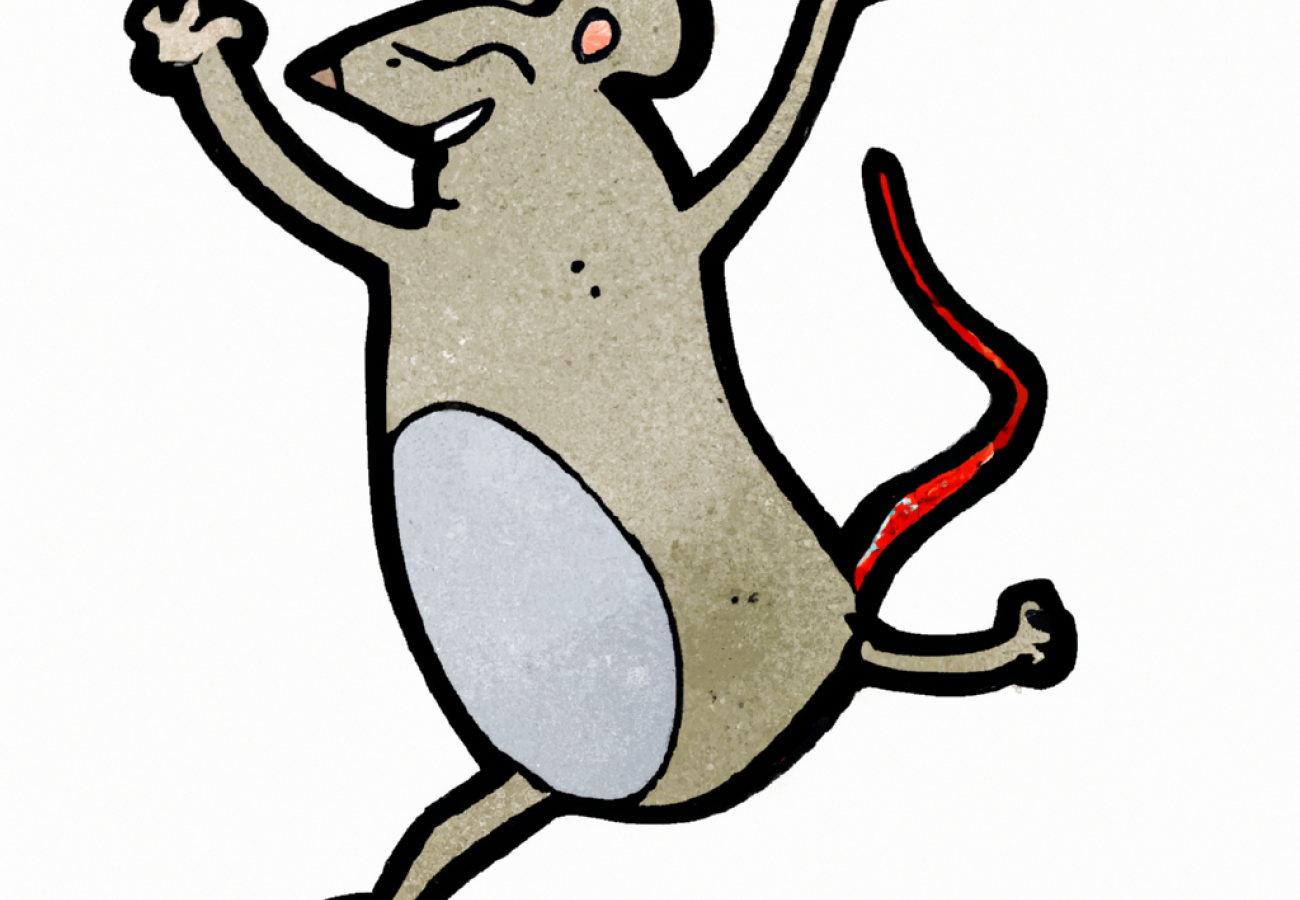 This story was written by children from Dunleer Youth Club over four weeks in November 2022. It was facilitated with the help of Mid Louth Youth Services and Drogheda Library.

Alex woke up. They brushed their teeth and washed their face and hands, then they put on their school uniform and shoes. They walked to school with their friend Joe. They were best friends. They always talked to each other when they were out in the schoolyard, because they were in different classes. Alex was in 4th class, and Joe was in 6th class. It was going to be Joe’s birthday the next day, and Alex wanted to buy him a black house-mouse as a present.

Joe was so happy when he got the mouse from Alex. He called his new mouse - Rat.

Joe was going to Salou on his holidays, and he asked Alex to mind his mouse. Alex said that they would be happy to mind Rat, but they wanted to put a collar on him so he wouldn’t get mixed up with the mice that were up in his attic. The mice in the attic were crazy bouncy mice.

Joe was flying home on an Aer Lingus flight. He was so excited and happy thinking about seeing Rat that he felt a bit sick on the flight.

Meanwhile, back at home Alex was playing with Rat and when they went to the toilet, they came back and found their sister putting Rat into the attic. Alex was scared and worried and thought they were going to lose their mind because they thought that Rat would get lost with the crazy bouncy mice.

Back on the pane Joe’s parents gave him a sick bag, and he felt a bit better. The first thing he wanted to do when he got home was play with Rat. He unpacked his bags and raced over to Alex’s house, and said, “Hi, I’m back. Where’s my mouse Rat?”

Alex was worried because they knew that the mouse had gone missing. “I don’t know, he went missing.”

“Well, you have to owe me 50 quid now!”, said Joe angry and frustrated.

Alex knew that they had paid for Rat in the first place, so they said, “No I don’t have to owe you anything!”.

Joe said, “Yeah you do, because you let my mouse (Rat) out of your house.” Joe then pointed his finger very close to Alex’s forehead and said, “Where’s. My. Mouse?”

Alex was starting to feel upset and a bit intimidated, and they shakily said, “I didn’t let him outside, he went out through the air vent and into the attic.”

Joe raised his voice even louder, and said “And how did he get up to the attic?”

Alex wanted to tell him the truth, but they knew that Joe wouldn’t believe them. They boosted up their confidence and said confidently, “My little sister opened the air vent and let him out.”

Joe took a step back, and asked with concern, “And what age is your sister?”

“And is your sister that tall that she can reach up there?”

“My sister isn’t very tall, but she is clever.”

The bouncy mice said, “You don’t belong here!” and they surrounded Rat, and put him in a box.

Alex’s Dad comes up and closes the door to the attic, not noticing that Molly and Rat are in there. Molly starts to cry, and then jumps up and down trying to get her Dad’s or Alex’s attention. Dad thinks it’s just the bouncy mice jumping around. She kicks the door and it breaks. It makes a really loud bang.

All of the mice fall down, and Dad hears all of the banging and comes running up the stairs. The bang was so loud that it made the box tumble over, and Rat fell out. When Dad comes upstairs, he sees all the mice on the ground. He ran back downstairs to get some mice traps. When he ran back upstairs, Rat ran up his trousers and Dad screamed. Alex and Joe came running to see what was happening. Molly went to hide so that she didn’t get in trouble. She was shaking and shivering with tears in her eyes because she was scared.  The collar around Rat’s neck started to scratch Dad’s knee.

Dad said, “The rat is biting me! It’s sore!”, as he wiggled and wriggled.

Alex said, “What’s all this commotion going on up here?”

“Dad left me in the attic and I started jumping and screaming”, said Molly.

“I thought that was the bouncy mice!” said Dad.

Joe was speechless. He was choking and couldn’t talk. Some fiberglass had fallen from the attic. He thought it was candyfloss, so he started eating it.

Molly runs and gets Joe some water and medicine to help with his mouth. While Molly was downstairs, Alex starts to slap Joe on the back to help him cough it back up. He gets the fiberglass out and has a drink of the water that Molly has brought him.

Molly tells everyone what happened, and they were flabbergasted.

Joe says, “This is all your fault Alex!”, and walks away and slams the front door with anger.

Alex asks Molly will she come and help to get Rat out of Dad’s trousers. Meanwhile, Dad was panicking, dancing and shaking. He was shouting, “Get out of me trousers!!!” He was afraid that if Rat bit him he might get a disease.

Alex put a safe rat-trap into Dad’s trousers to try and save Dad and Rat.  Molly was scared because in all the commotion she thought that Da was shouting at her.

Rat ran out of Dad’s trousers and into Alex’s bedroom. He was in the wardrobe for a while then he was under the bed and he was in the drawers on the desk until finally he made a noise and Alex caught him.

The next day Joe called over to Alex’s house to apologise for the way he reacted. Alex apologized too and said I have a big surprise for you. He gave him a box and said, “Do not open this box until you get home.” It said on the box WARNING: FRAGILE ITEM IN THIS BOX!

Joe waited until after his dinner to open the box. He was excited when he looked at the box but didn’t know how he was going to open it. He asked his dad to help him to open the box but when Dad saw a Rat he got scared and ran to hide in the kitchen. Mam came in with a spatula and said, “What is goin’ in here, wot is all this commotion?”

All of sudden Joe saw Rat and was so happy that he jumped up into the air and did a Ronaldo SUIII and screamed, “YAAAHHWWW!!!”

Mam was delighted to see Rat back.