The War of Bob, Stewart and the Chicken Nuggets 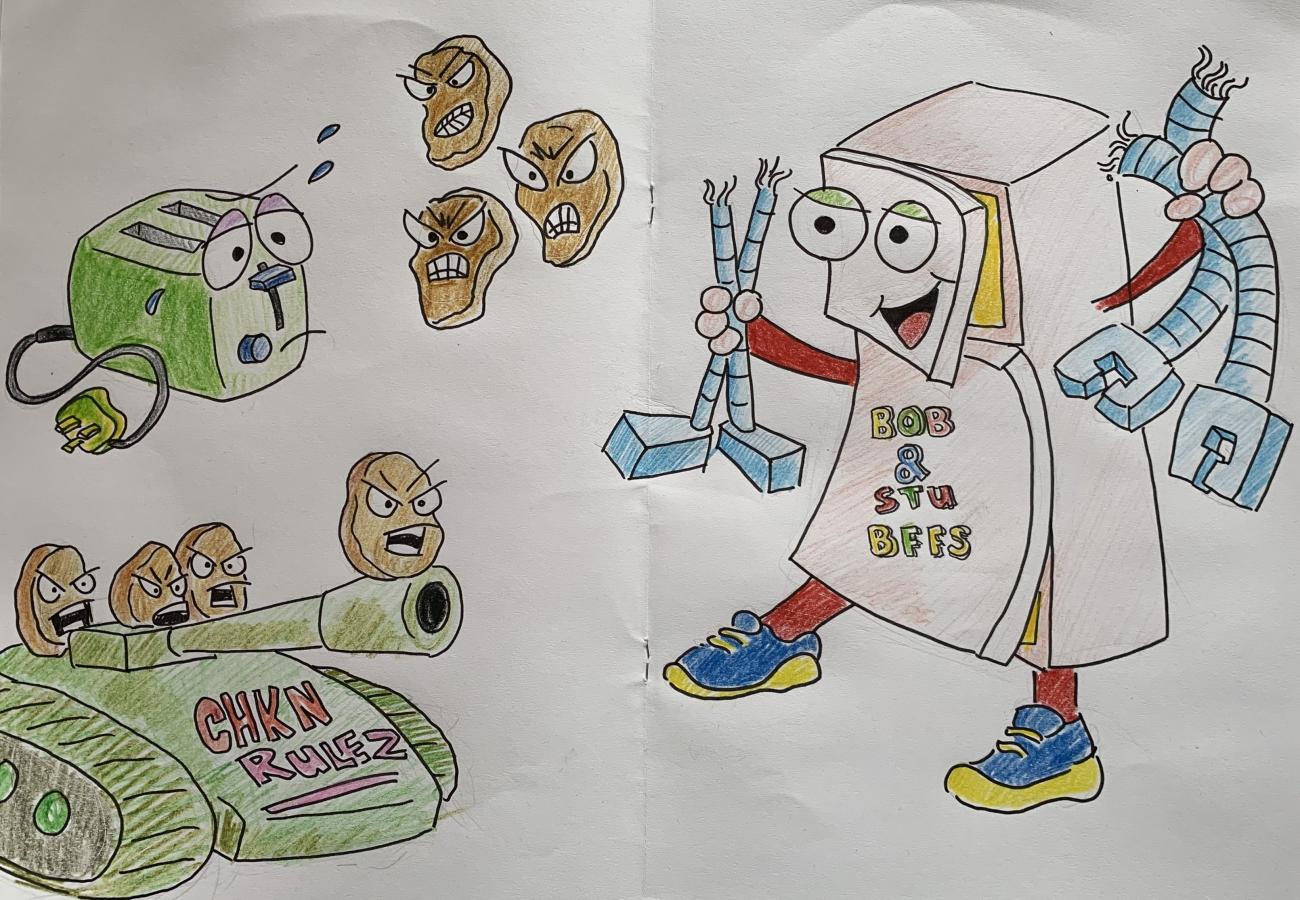 Bob the Toaster was sitting on the kitchen table quietly. He really wanted to get out of the house but he was stuck by his plug and there was an army of chicken nuggets outside.

Stewart the Fridge, Bob’s best friend, also wanted to get out of the house.

Suddenly, Stewart grew legs and arms and leaped outside and froze all the chicken nuggets.

Stewart came back in and unplugged Bob and set him free.

“Come with me,” said Stewart. “Look what I found, I found these robotic arms and legs in the garage!”

Bob was so excited that he started shooting toast everywhere and almost concussed Stewart.

While Bob was testing his new robotic arms and legs, back in the International Chicken Nuggets Centre, they were preparing for war!

They sent their nugget tank to attack Bob and Stewart.

On the way, the tank accidentally tripped and fell into a nearby Tesco that had a McDonald’s in it.

In McDonald’s, they met a nasty manager. He threw loads of chips at them, but the nuggets decided to use them as weapons.

They made their way to Bob and Stewart where they were successful in their mission to concuss Stewart.