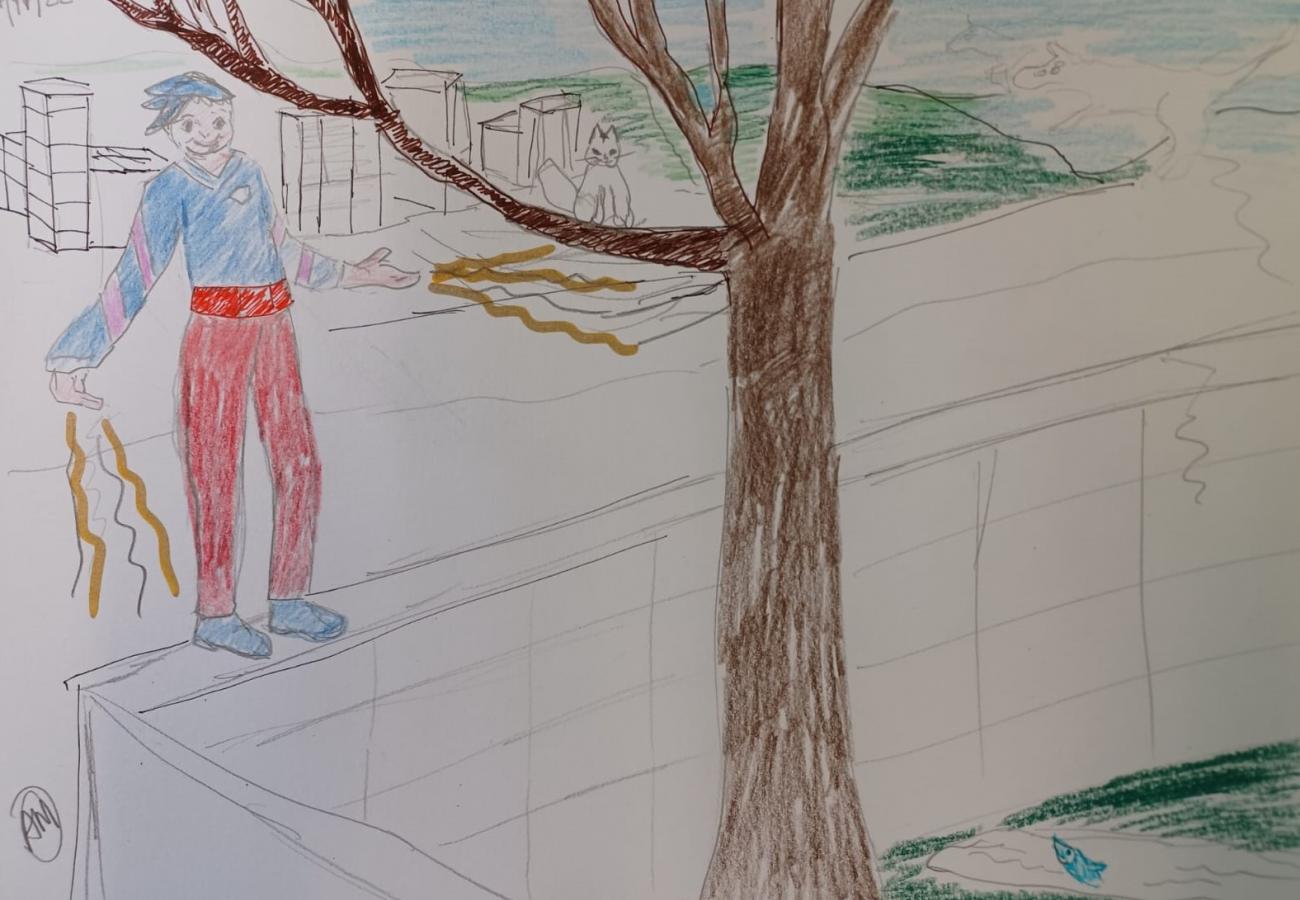 While Tom was travelling to earth he saw the evil space kangaroo, it had one ear, four eyes, six arms and when he did his kangaroo jump it caused the earth to shake.

Tom the Superhero arrived on earth in London, and it all looked very unfamiliar to him. He landed on a street beside a pet shop. He walked into the pet shop because he wanted to try out the door as there were no doors on planet Jig.

When he was inside the pet shop, he saw loads of fish. They were lots of fish swimming round in a tank. One of the fish was looking at Tom the Superhero, and the fish started to talk to him.

“Hello, what are you doing here? You look confused” said the fish in a high- pitched voice. Tom replied in a polite

voice, “Hello, what is your name?”. Tom was not confused at all because he was used to animals talking on planet Jig.

They started talking and Tom decided to buy the fish so they could be friends.

Tom the Superhero decided to call the fish Gerry, because it was a popular name from planet Jig. Once Tom walked out of the shop, he felt confused as he was still on the ground because in space he couldn’t stay on the ground.

While he was walking, he saw a cat stuck on Big Ben. Tom the superhero was shocked when he saw the cat on Big Ben. He wanted to rescue him as it was his greatest wish to rescue a cat, but Tom had a fear of heights. This had brought him to tears as it reminded him of his cat that he had on planet Jig that had run away nine years ago.

Gerry the Fish was afraid of cats. Tom told Gerry not to worry as he was going to use his SUPERPOWERS…