A Spice Bag Makes Everything Better 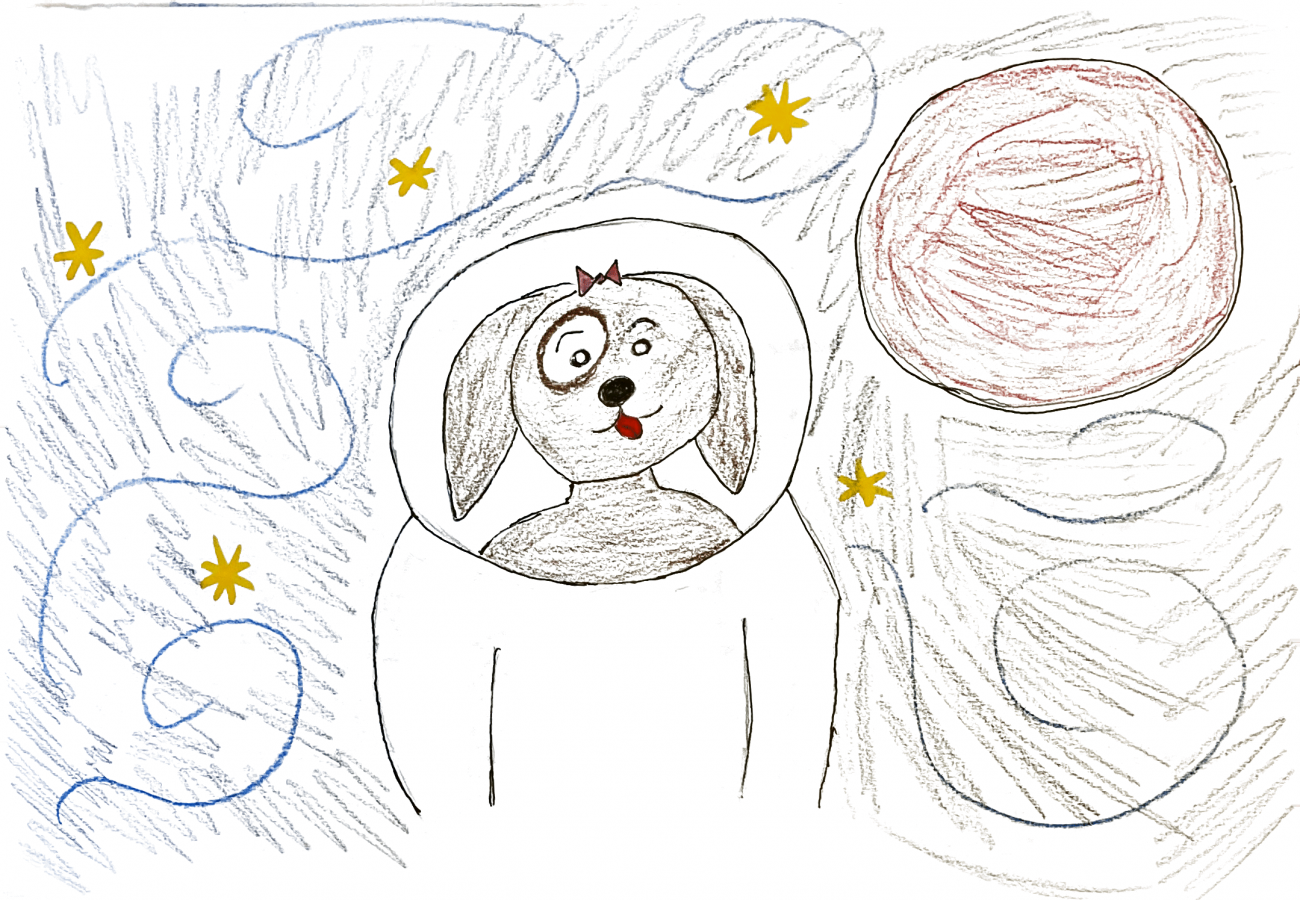 Daisy the Dog was in the church in Roscrea, praying to the Doggie Gods. Afterwards she went to Jumbo’s to get a spice bag. She was walking down to the town park when she saw a man. The man, who was called Christy, tried to rob Daisy’s spice bag.

Daisy shouted, “Give me back my spice bag!” She tried to bite him on the shins. Christy bent down to give Daisy back her spice bag. He drew back his fist and said, “I won’t hit ya.”

This time, bit Christy on the shins and walked away on her rear legs with the spice-bag in her mouth. The local vet, who was called Mysterious Michael, saw Daisy bite Christy. He captured her and put her in the van. He said to her, “You’re not supposed to bite people, we might have to put you down!”

Christy stole a stop sign and put it in front of the van. Mysterious Michael had to stop the van. Christy said, “That’s my dog. She was just play fighting.” 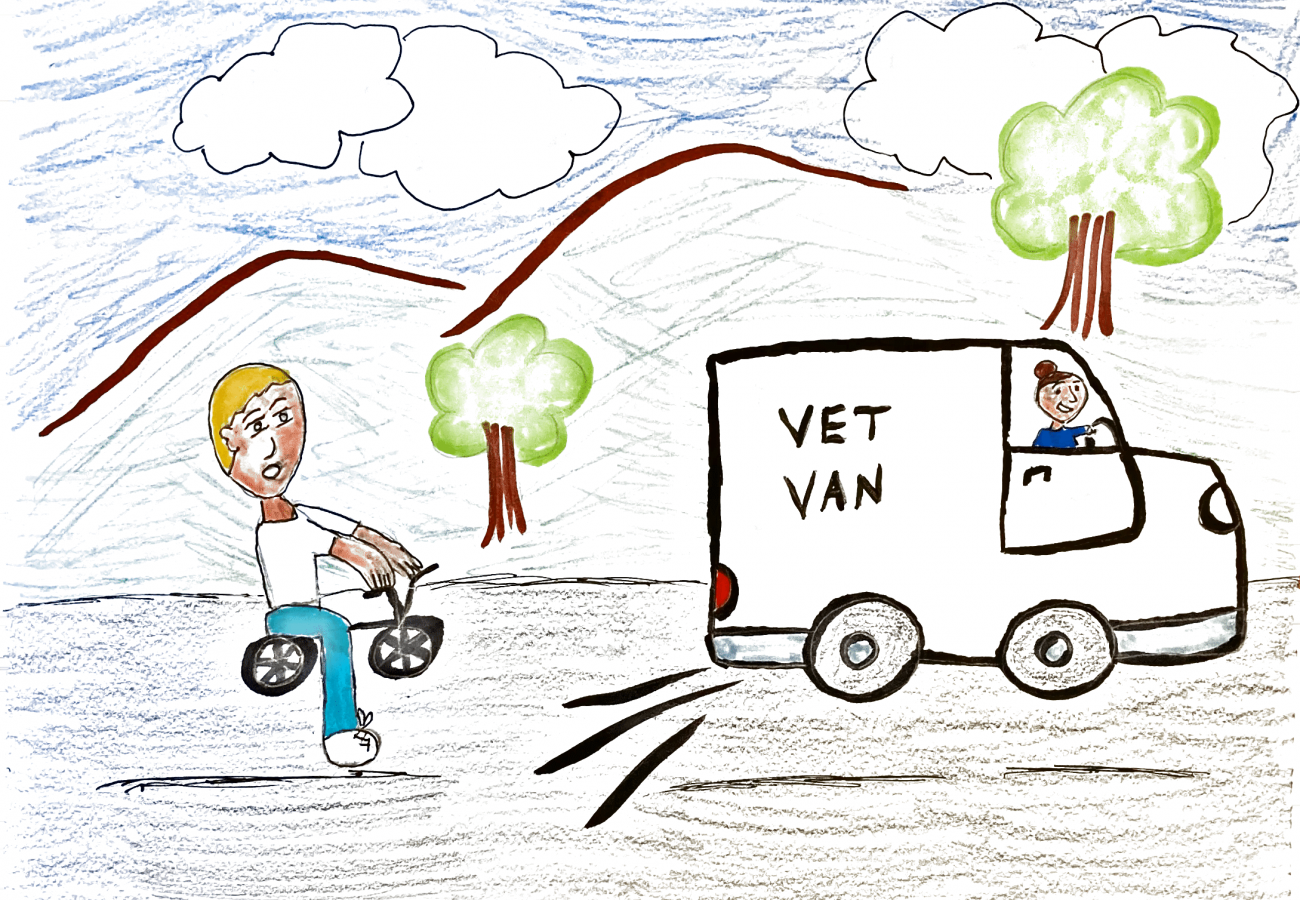 There was a little girl playing on her bike nearby. Christy pushed her off the bike and took off after the van. He started to go so fast on the bike that he was going over the speed limit. He rode into the park, used the slide in the park as a ramp to bunny-hop over the van, which forced the van to stop.

The van stopped so suddenly that the doors flung open and Daisy jumped out. A Garda car had stopped in front of the van. So Daisy and Christy leaped onto the bonnet of the Garda car, jumped over, and went into Dunnes. They ran to the elevator and pressed the button but the elevator got stuck.

Fourteen eternities later, the fire brigade broke them out of the lift. They went to the ATM in Dunnes and got cash because Jumbo’s doesn’t take cards. Daisy bought Christy a spice bag to say thanks.

Daisy said, “You saved my tail!”

They went to Christy’s gaff and ate their food. Christy said, “Y’know, I always wanted to go to space.”

Daisy replied, “That would be cool, but I’m afraid of rockets.”

Just then there was breaking news on the TV . . .