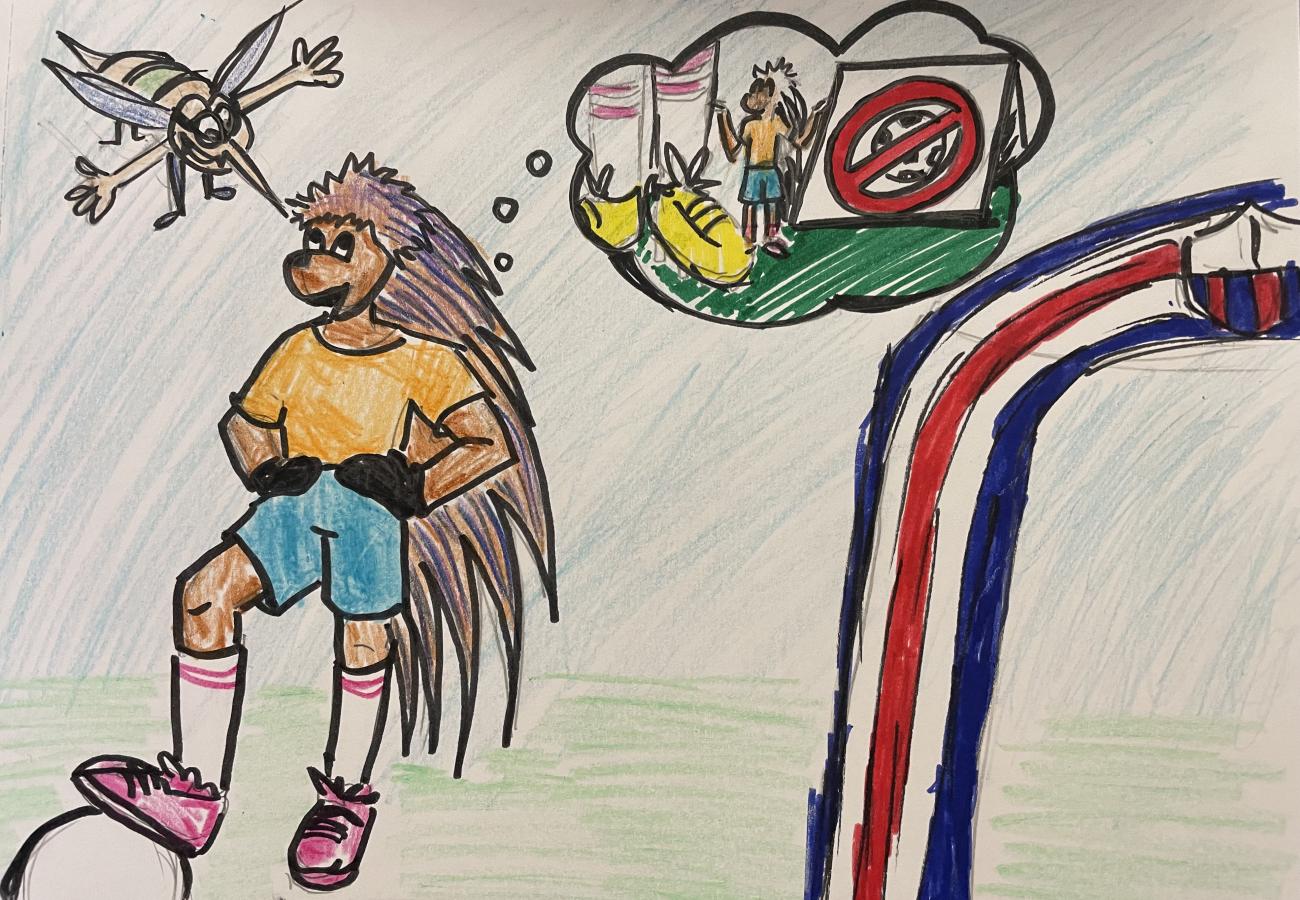 Rugandu the hedgehog wanted to start playing football so he asked the coach.  The coach said "you can if you are good".

Rugandu started training really hard and he gets into the football team, the other players are much bigger than him and tell him he should be here.  But he doesn't stop and he gets scouted by a football team.

He falls down and all the spikes fall off his back and he gets kicked off the team because he is injured and hedgehogs need their spikes to play.

He goes back to training by himself and gets scouted by Barcelona.

He went back to the pitch with a football and his old coach with his old team were on the other side of the pitch and they saw him. Another coach from Barcelona was driving past and he saw him and he stopped his car and got out.  He asked Rugandu if he would like to be on his team and the old coach ran across and said "No come back to our team".

Rugandu said "too late, I'm with this new team now".

After training he went back to his house and his foster parents texted him saying congratulations for getting on the team.   Rugandu said "thanks".

Then his best friend, Gustavo the Mosquito, comes to his house after training and explains that he thinks he might have found his parents on Facebook.

"I'm really tired today, can we figure this out tomorrow?" said Rugandu.

"Can i stay the night and we'll go on a hunt tomorrow?" said Gustavo.

"Sure" said Rugandu and they went off to bed.

Early the next morning there's a knock on the door...