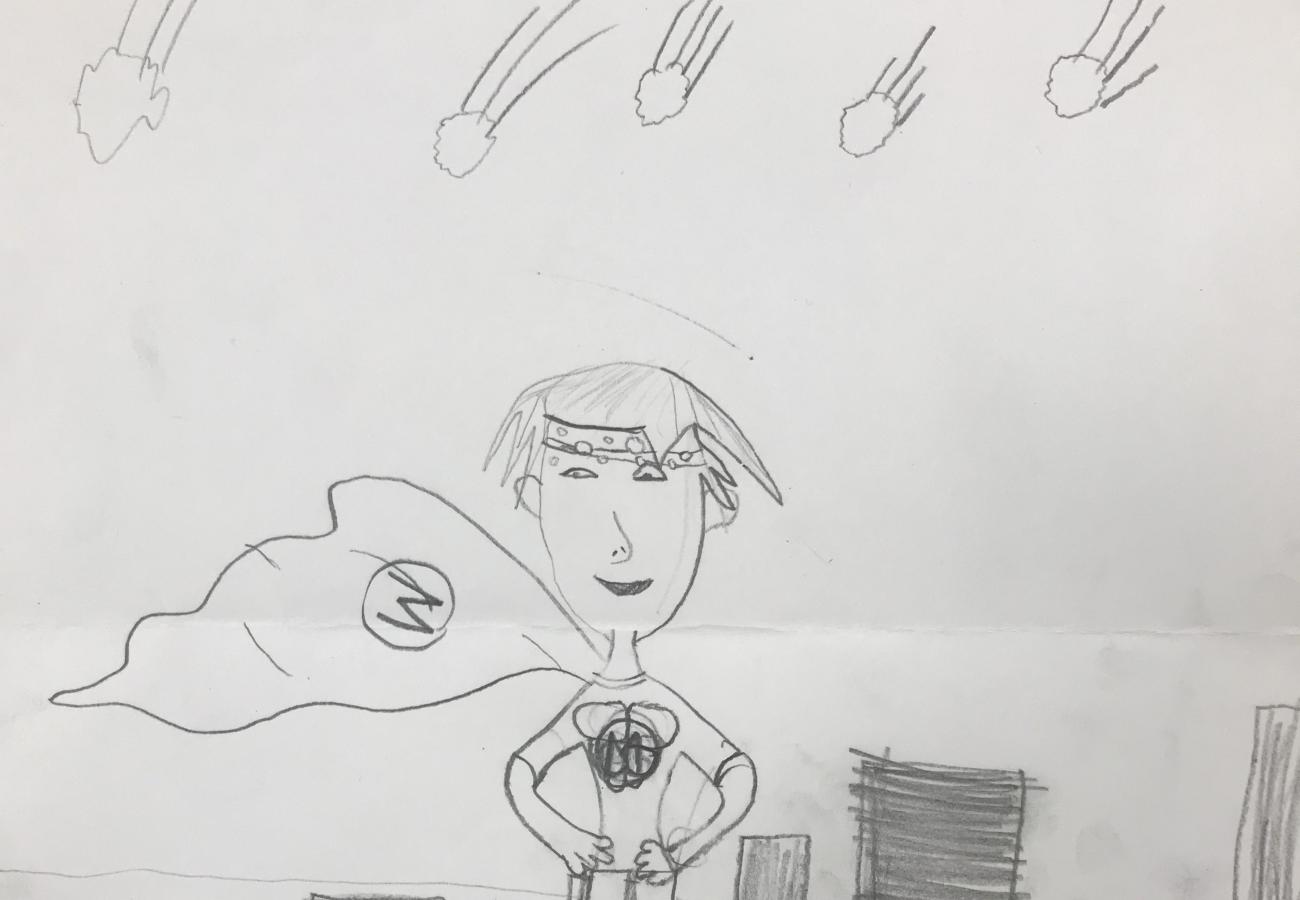 One day Max was calmly walking down the street when he met his friend Ronaldo. He got struck by lightning and got psychic powers. Then, Asteroids came down and Aliens came out of them.

Meanwhile, Max was watching Ronaldo box his biggest enemy Ben the villain. Max tried to control the aliens with his super powers but he couldn’t. He accidentally picked up his friend Ronaldo and threw him into the ocean.

The aliens were using their slimey bodies to walk through walls and take over the city. But nobody knew that Ben was secretly controlling the aliens.

Max eventually controlled his powers and destroyed one of the Alien asteroids. There were and estimated four hundred and twenty asteroids with at least a hundred aliens in each one.

Ronaldo couldn’t swim because his arms were too muscular. He was lucky because a super streamline jet came along and picked him up and dropped him on the lead alien’s asteroid.

The main asteroid was destroyed and because of this all of the smaller ones lost track. Their formation was now broken up.  All of the alien generals fought with each other over who should be in charge of the alien army. They end up destroying each other but . . . they were able to regenerate their bodies because they were made of regeneration higher rank blue goo.

When the main asteroid was destroyed half of the aliens fell down to earth. When Ronaldo fell on to the biggest asteroid he was covered in green goo.

Max reached to turn on the light switch and pressed the wrong button and he figured out how he could control his powers. He could now float himself with telekinesis.