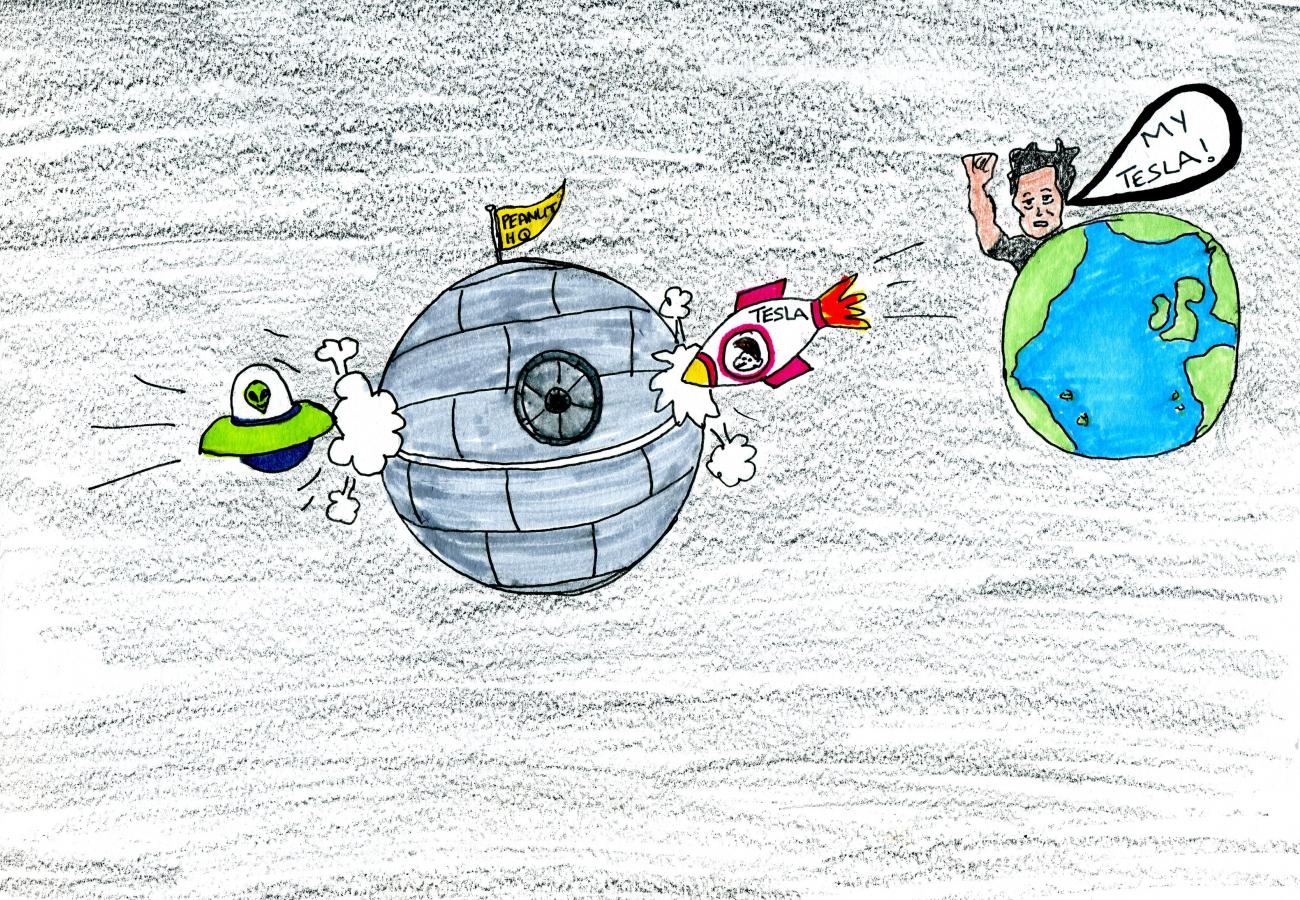 Once upon a time there was a naughty person called Naughty Phil. Phil liked to steal, he was strong and very unpleasant. He wishes he was taller than Lebron James. Phil is also allergic to peanut butter.

One day, Phil stole a Tesla from Elon Musk but the Tesla turned out to be a spaceship. While flying, the spaceship started to hover before zooming off. A kind alien called Billy Bobby was also flying his spaceship and they collided, both crashing into the Deathstar.

Bobby was eating a jar of peanut butter. Naughty Phil flipped out of the Deathstar and landed in the jar of peanut butter, he is now tiny because he is from an alternative universe. Bobby was just about to take another spoon, when he noticed Naughty Phil on the spoon. Bobby Bill said “What the heck, what are you doing in there?” Naughty Phil replied “I fell, how dare you try to eat me, I can’t believe I’m so small, I has always been my greatest dream to be taller, now I am smaller than ever”. 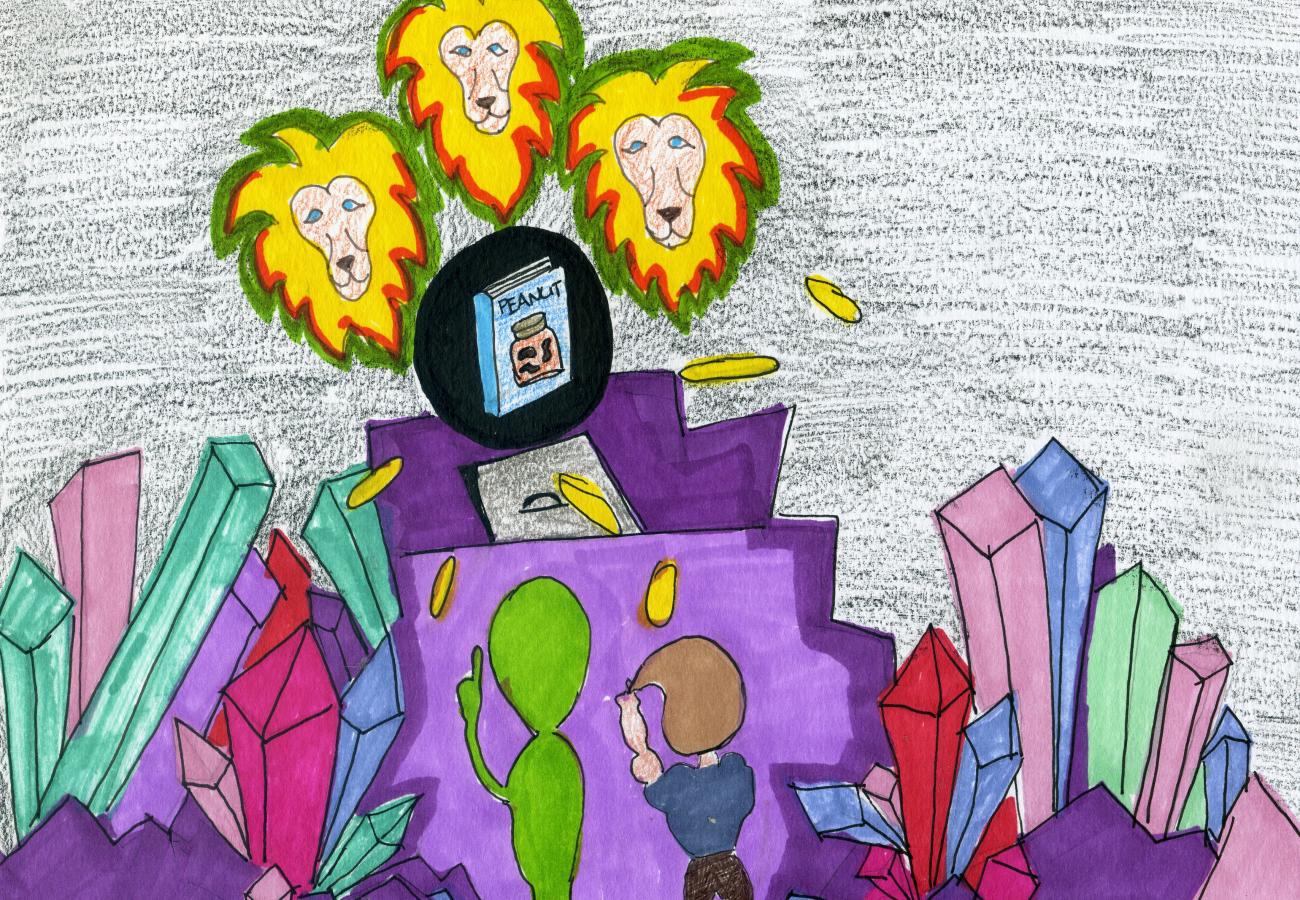 Bobby Bill said “there is a secret formula in the Deathstar, the problem is it also contains your biggest nemesis, peanut butter but it will make you taller…..and you really need to be taller”.

Bobby Bill tripped on a wire and got tazed to the floor, he shouts “HELP” to Naughty Phil, but Phil says “No, get yourself out, the formula is more important that you, I need to be taller, hasta la vista”.

Suddenly a guard appeared with a Peanut Butter Blaster.