Mia and the Golden Paintbrush 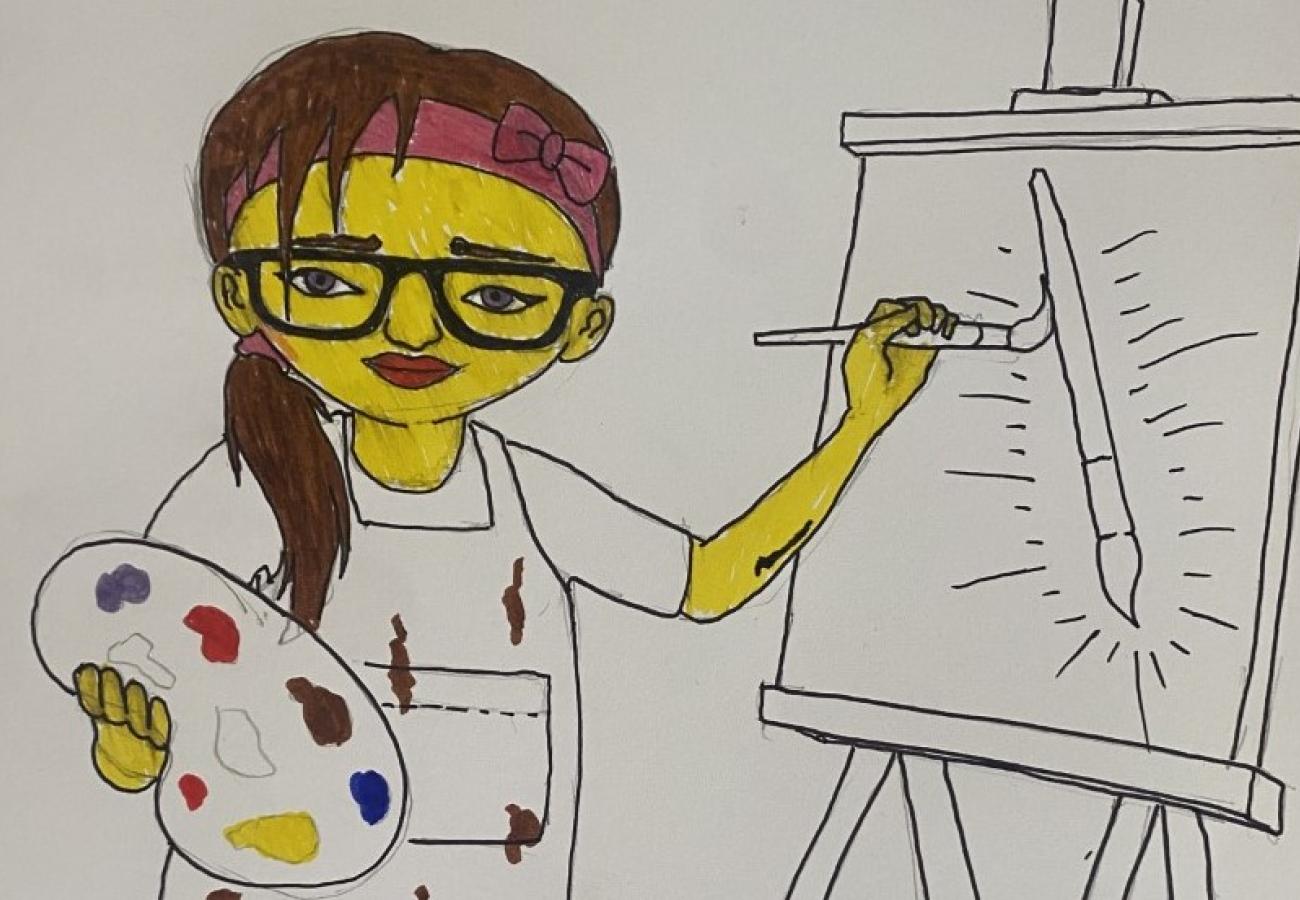 Once upon a time Mia the painter was in her studio in Italy. Whilst having a sleepover with her friend, Layla, Mia was eating pizza and she got sauce on her overalls. The sauce went on the floor. That’s when Layla the hero slips on the sauce.

And then Mia is shocked and drops her pizza slice on her face. They both started laughing. Layla said “You’re on” so then Layla started throwing pizza at Mia! Ed Shara heard the pizza fight and came rushing in to see what was going on. Ed Shara is Mia’s older brother and he is a singer.

Mia said to Layla “Why did you slip on the sauce?? It was right there you could have seen it!” Layla replied, “I was staring into space thinking about the magic paintbrush.” “What’s that?” Mia asked. “It’s just something I’ve seen on the internet,” Layla explained. “It’s silly!” said Layla. Mia replies “I’ve heard about this magic paintbrush - it’s my greatest wish.”

Ed Shara chimes in “I know a song about a paintbrush!” He starts to play the song but the girls don’t like the song so they go upstairs to sleep.

While they are sleeping, Mia has a dream about the magic paintbrush.

In her dream, she is getting chased by a giant lion and…