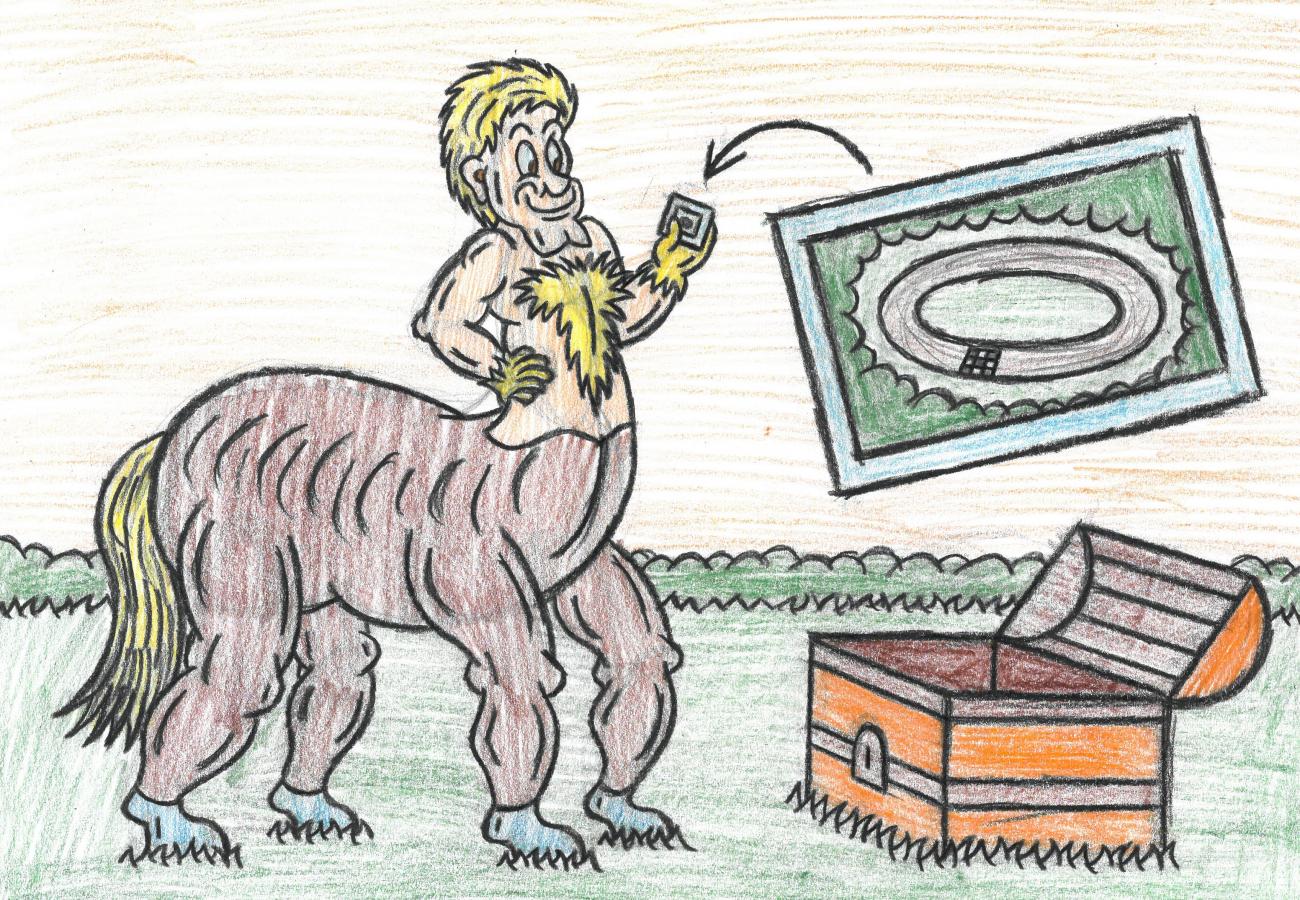 Once upon a time there was a centaur called Jimbob. He was training for a competition called the Grand National. One day he went to his track to train and took a photo of the track. On that track someone was drinking Up-Air: that was his greatest fear.

He woke up and he ran around the track. He jumped over hurdles in the morning and at night trained to become the best centaur in the world but it was difficult because all of the other centaurs who participated in the competition drank Up-Air, which made them stronger and faster.

He tried to drink it but he was so afraid of drinking Up-Air that he... DUN DUN DUN