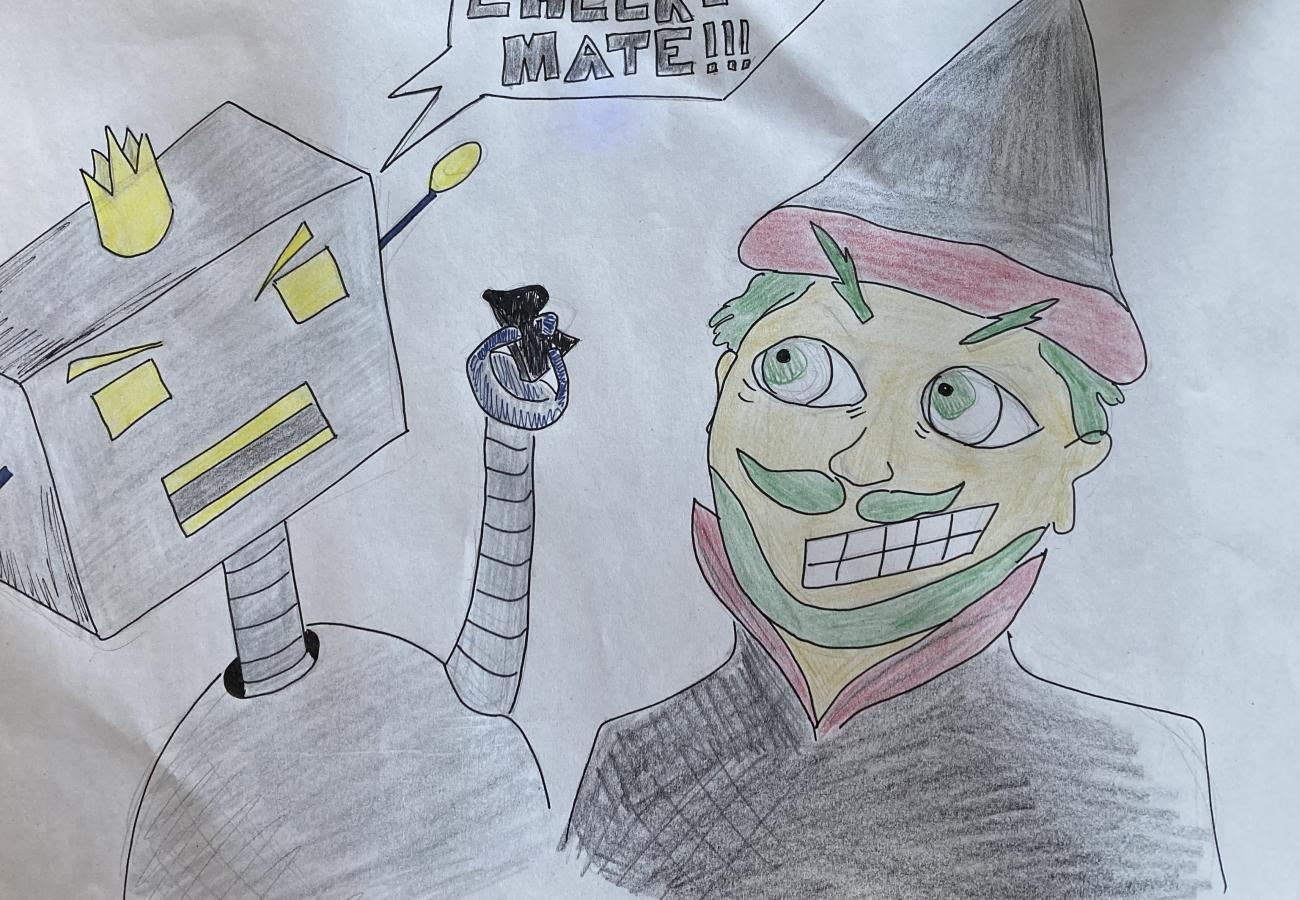 Once upon a time, there was a boy named Jack. He was a robot prince.

He was at his friend’s castle. His friend was Rose the Princess.

They were playing chess in the forest on a nice sunny day.

All of a sudden, it became very windy and rainy that the chess board blew away.

Just then, Bob the evil wizard appeared and took Jack and Rose. He brought them to his castle by using his magic. He waved his hand and wand to create a portal that sucked them in.

“We need to escape!” shouted Rose.

Bob took Jack out of the portal and threw him in the dungeon. 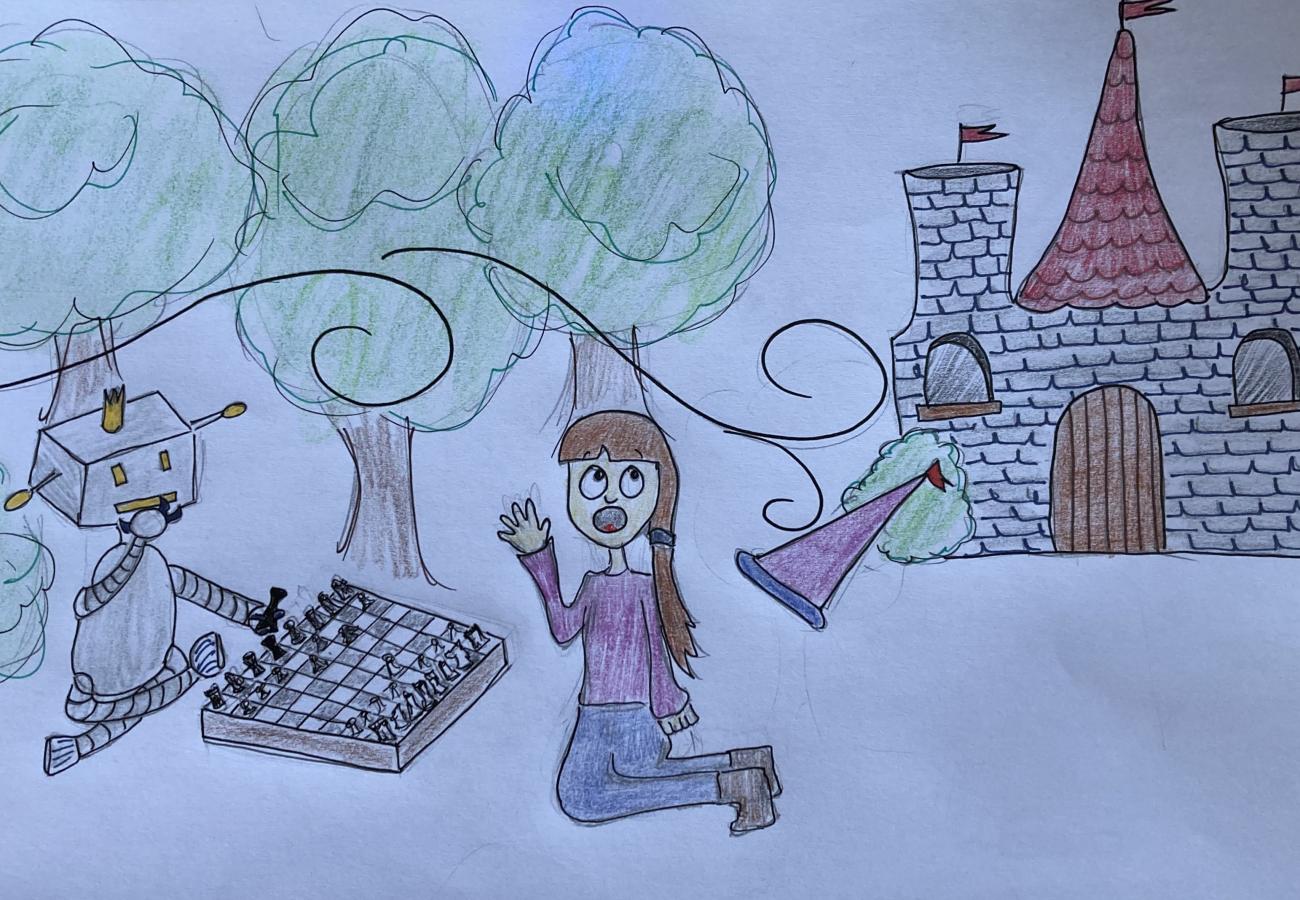 Jack called Bob back and challenged him to chess match. If Jack won, he and Rose would go free. And if Bob won, he got to keep the prince and princess FOREVER!

They both agreed and Bob brought a chess board in to the dungeon.

While Jack and Bob were playing chess, Rose tried to escape by climbing out the dungeon window and up the rock wall.

Rose could see that Bob was winning the last round, so she jumped back in the window and tried to knock him out.

All of a sudden, they had to leave because there was an EXPLOSION in the castle.

Just before they headed out, Jack checkmated his King…