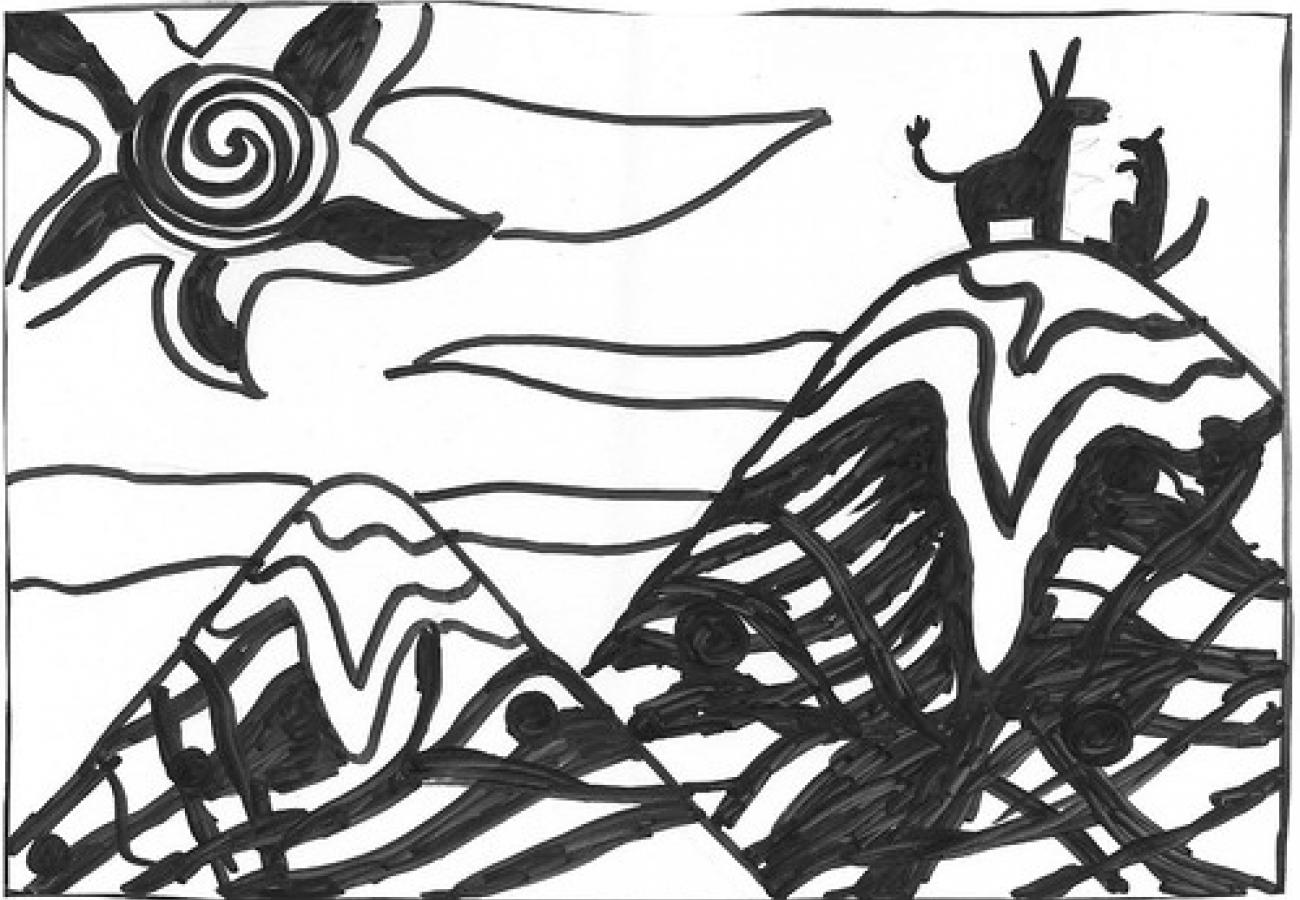 Once upon a time there was a cranky donkey (who liked chocolate) whose greatest ambition was to climb Mount Everest. His name was Congo.
There was one a big, big problem. He was afraid of heights.

One day Congo decided to travel to Mount Everest to climb the mountain and conquer his fear of heights.

Rocky-Bob was travelling to Mount Everest at the same time.

At the base of the mountain Congo spotted a kangaroo.

‘What are you doing here?’ Congo said.

‘I’m trying to climb Mount Everest,’ the kangaroo said.
‘I’m Rocky-Bob.’
‘Hi, I’m Congo.’
The kangaroo stared at him. ‘Why are you standing here staring at the mountain and not climbing then?’

They ran around and around, training, boxing each other, getting used to the climate and the air.
‘I think we’re ready now,’ said Rocky-Bob.

They tried climbing, but only got half way up before having to turn back because Congo was so scared his hands were shaking.

‘I have an idea,’ said Rocky-Bob. ‘Don’t ever, ever look down.’
So they tried again. This time Congo kept his head up.

But then rocks started to fall on top of them. This time, Rocky-Bob was scared.
‘I’ll protect you,’ said Congo. ‘I’ll break them with my head.’ He head butts them out of the way.

Then they heard a distant rumbling . . . it was an avalanche.

‘AAAAGGGGGGGGHHHHHH!’ they both screamed. They were half way up the mountain.

What were they going to do?...