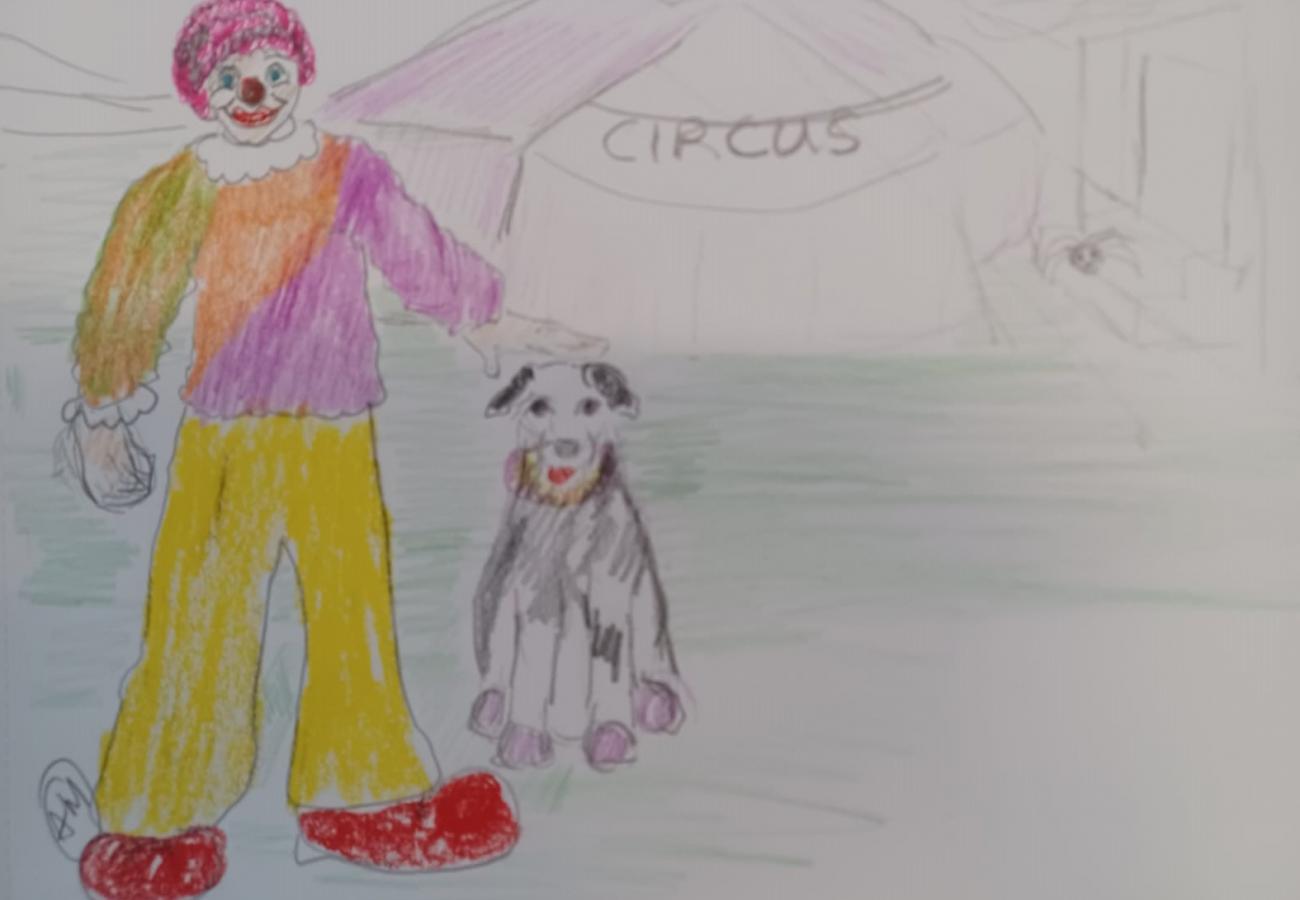 Joe the Clown was getting ready for a show. He was reaching for his big red nose and suddenly a spider crawled out.

He looked closely and thought it was a camel spider. As he was in Wales he realised it couldn’t possibly be a camel spider because these spiders only live in the desert.

Somebody came in and told him the show was starting. He quickly grabbed the big red nose and got ready to go on stage. As he was going on stage the spider started chasing him. He started running but the audience started

laughing because they couldn’t see anything in front of him and thought it was all part of the show.

Joe’s best friend Jimmy Bob the Dog was watching and got worried. He started chasing after the spider and he ate him.

Joe’s greatest wish was to own a circus and he hoped that his friend Jimmy Bob the Dog would be able to help him. Joe was in a clown competition and the prize was €100,000. He knew that if he could make his act a little bit better, he could win.