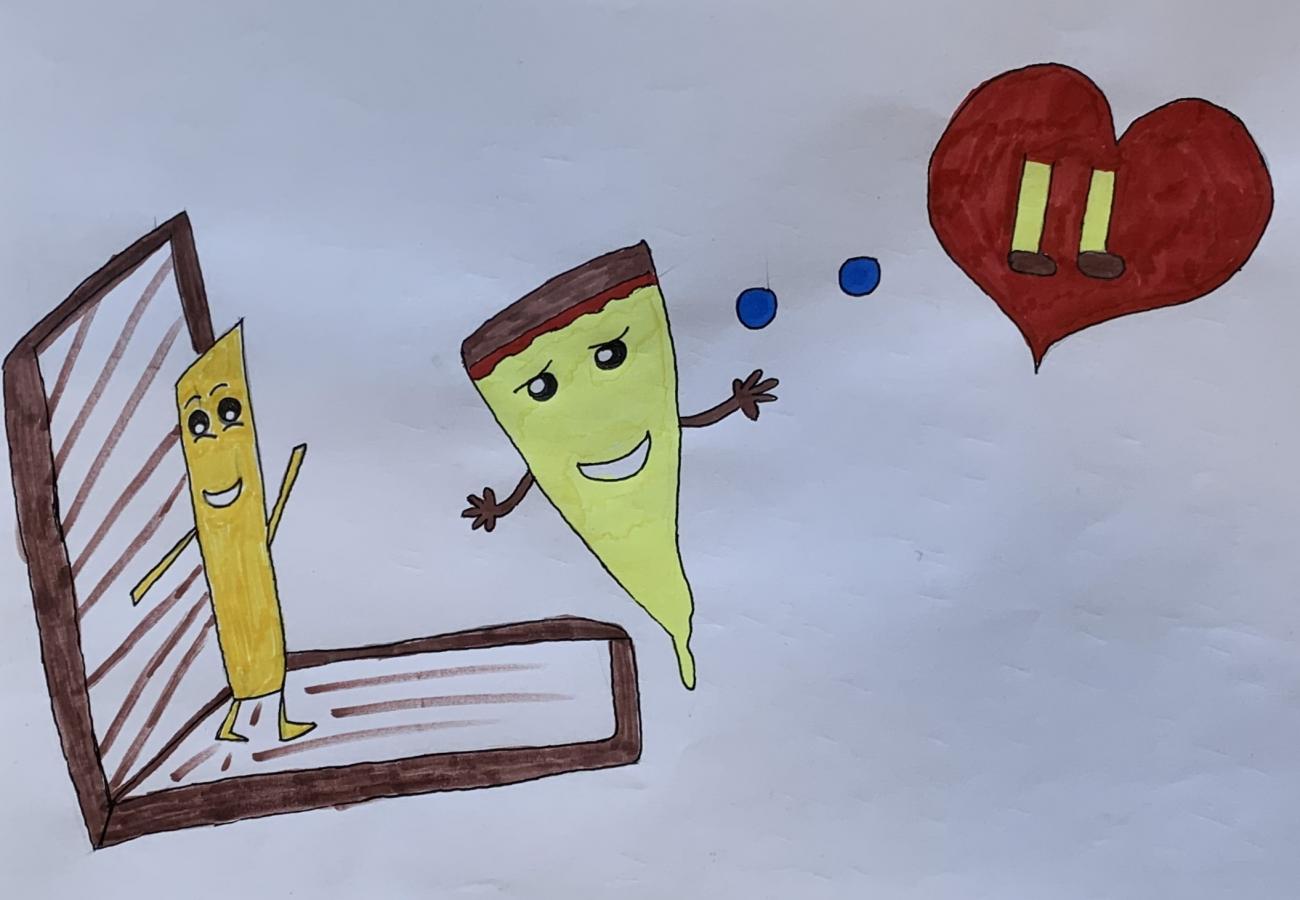 Jim the Pizza Slice saw Luke the Chip in the pizza box. When they were delivered to the house that ordered pizza, they were met with a kind, spring demon called Baal. Baal had a pony called Jordie.

“I’m going to eat you if you don’t stop screaming,” said Baal.

Baal picked Jim up to eat him.

He thought he was never going to see his best friend again.

Luke ran over to save him. He tickled Baal on the neck and Baal fell on the couch with laughter. Jim fell into a tub of ketchup.

Jim was so scared he thought he was going to drown in ketchup.

Jordie the pony was startled with all of the racket. He spooked and trampled over Jim.

Jim was shocked when he realized that his cheese had stretched into legs, and he could walk!