Chaos in The Forest 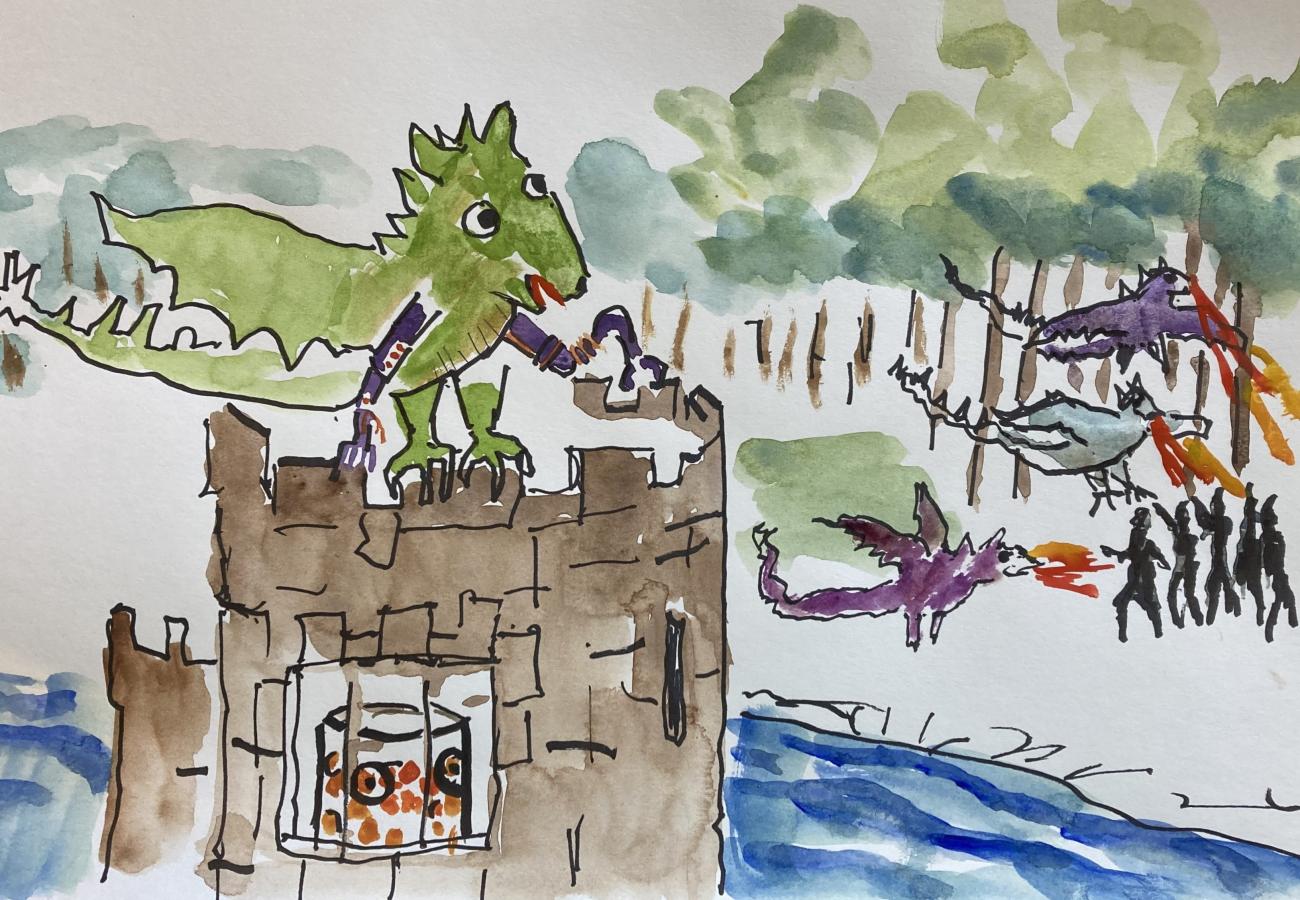 Jeremy’s robot arms were broken. He was pretty annoyed because they were one of a kind.

He lived in a castle that was surrounded by a river. He never left his castle because he was scared of water – the water was poisonous and that was the last time he saw his parents, the Queen and King.

Not only that but he was afraid of everyone.

One rainy day he sat down in the kitchen for lunch, when suddenly a can of baked beans jumped out of the cupboard and started dancing.

Just then they heard the roaring of dragons fighting and gunshots in the forest close to the castle.

Jeremy rolled his eyes when he thought of the fighting between the humans and the dragons.

Jeremy decided that he wanted to go into the forest to see what was going on. Luckily, Baked Beans could grow big and small, so he helped Jeremy cross the river and into the forest.

On the way there he saw trees fall over and felt nervous.

They finally came to a clearing. Jeremy gasped when he saw his parents fighting…