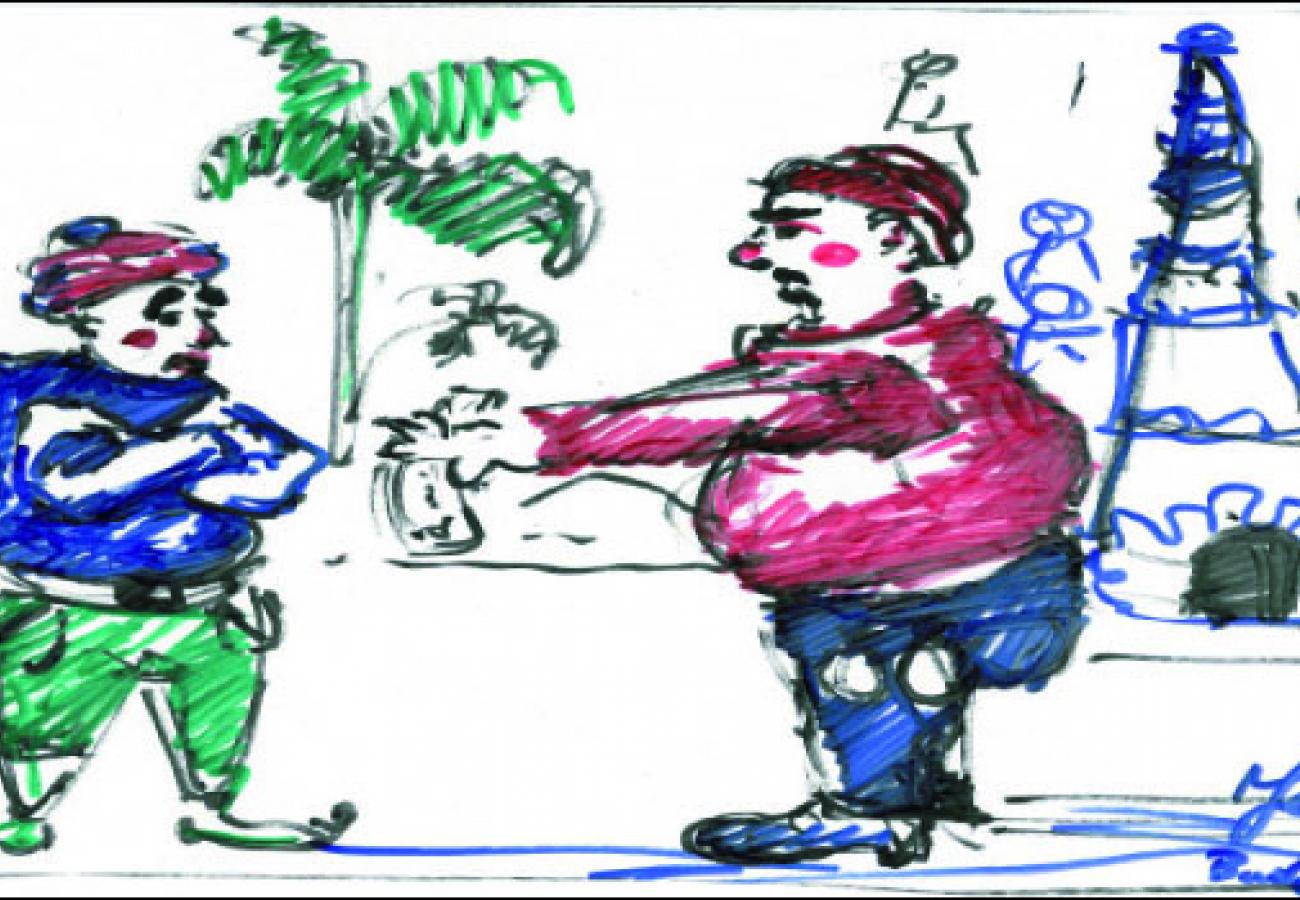 He bumps into someone who gives him a leaflet and asks him if he wants to become a part of the TV show Whalewatchers.
Mr. Masterson starts crying and runs away. Somebody yells at him, “Stop we don’t have earthquake insurance!”

Mr. Masterson says to himself, “The new year is coming.  My resolution is to lose weight and go to Whalewatchers.  I’ll do it for my mother, she’s always wanted me to lose weight.”

Mr. Masterson is at Whalewatchers on the treadmill.  He falls off and another contestant helps him up off the floor.
He looks into her big beautiful face and says to himself, “Wow, she is a Buddha Babe.”  Her name is actually Becky.
He tries to kiss her but she runs off when she sees the Pizza Man. 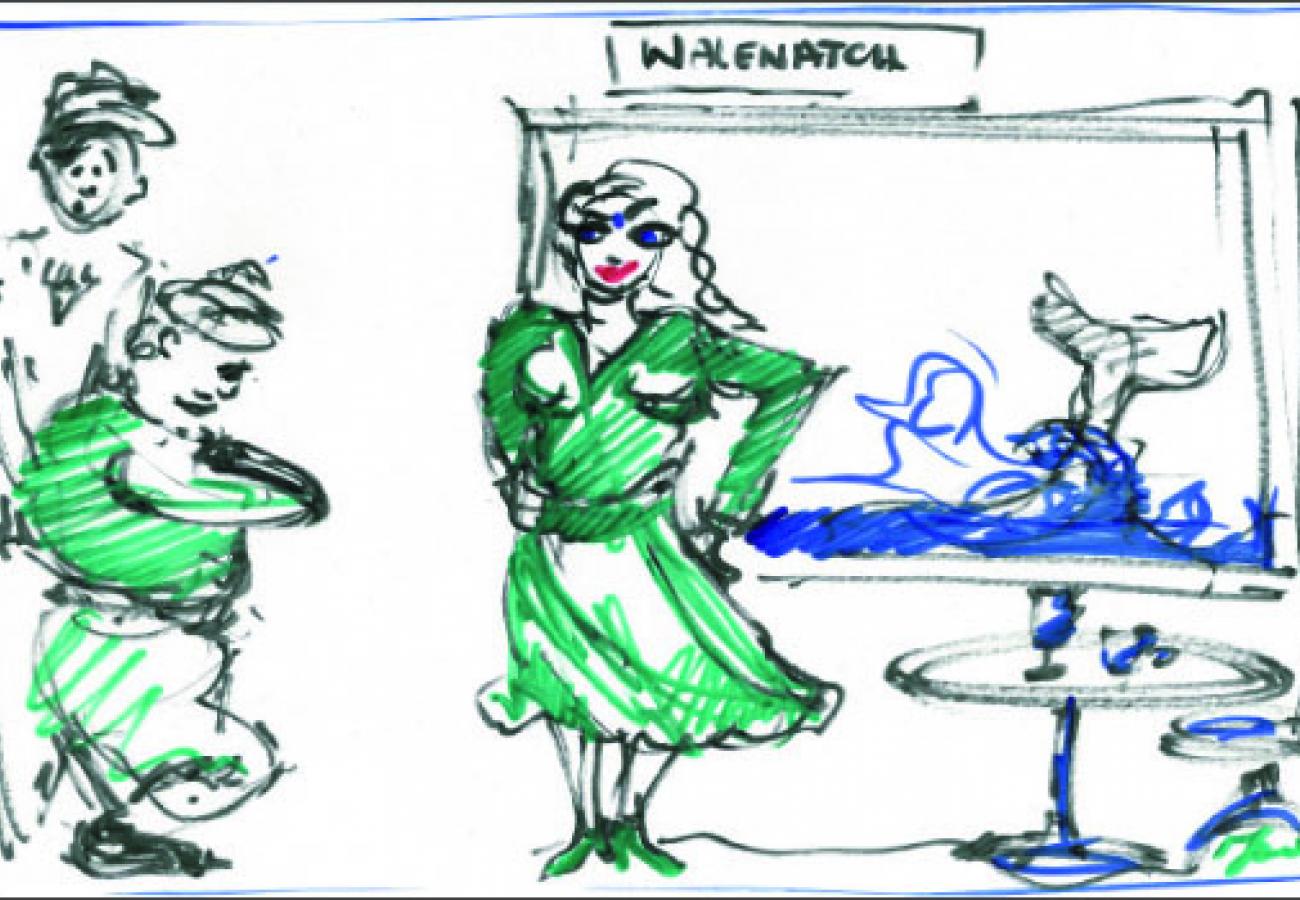 The Pizza Man is her brother and she hasn’t seen him in a really long time.
Mr. Masterson gets very jealous.  He goes over to Becky and asks her out to dinner tonight.

Becky says, “Sorry, I’ve made plans with him already” as she points to her brother.

Mr. Masterson starts steaming at the ears, he had never been that jealous before in his life.

Just as he thought the day couldn’t get any worse, he tries to grab the pizzas and run off but a pizza lands on Becky’s head... 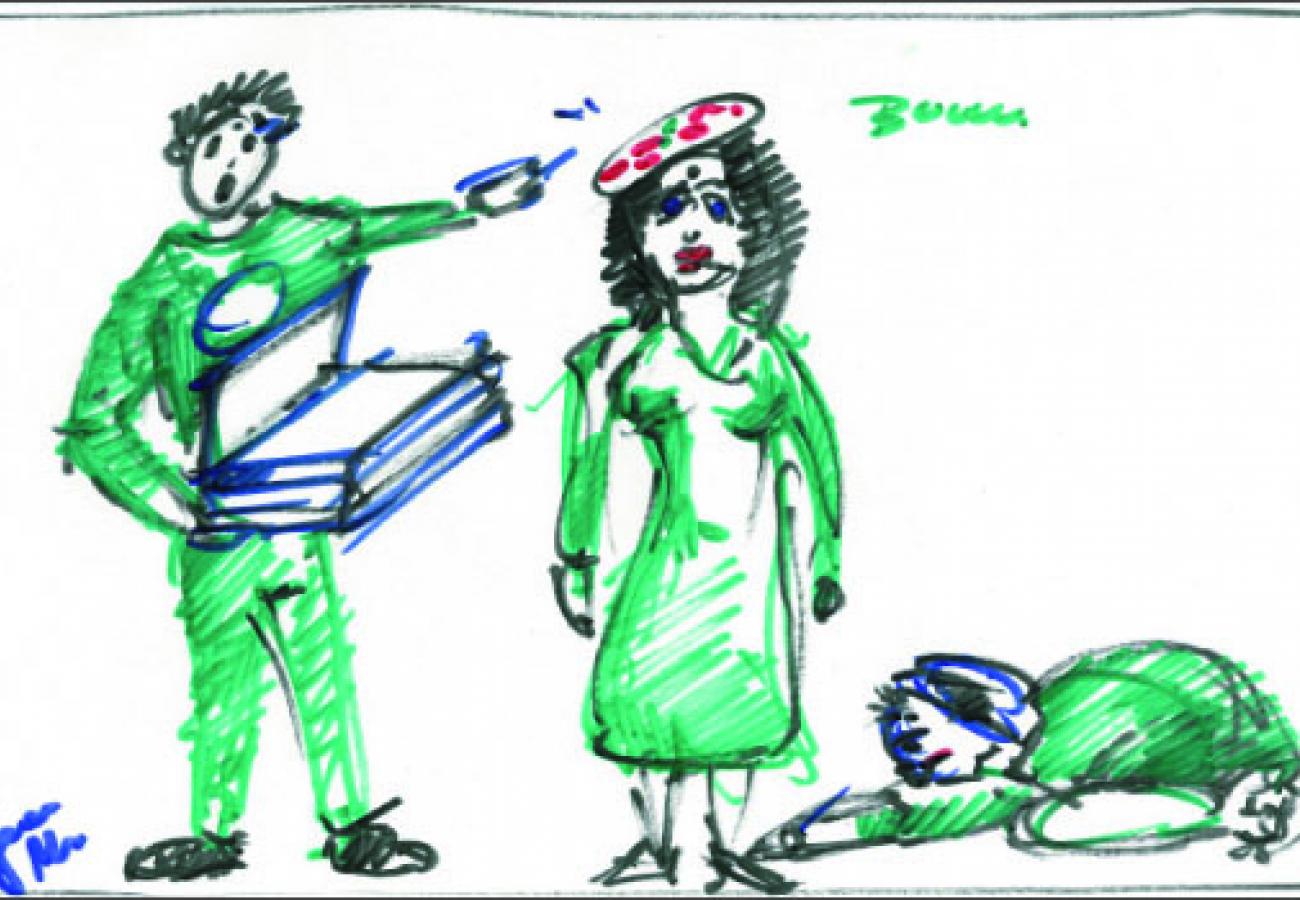