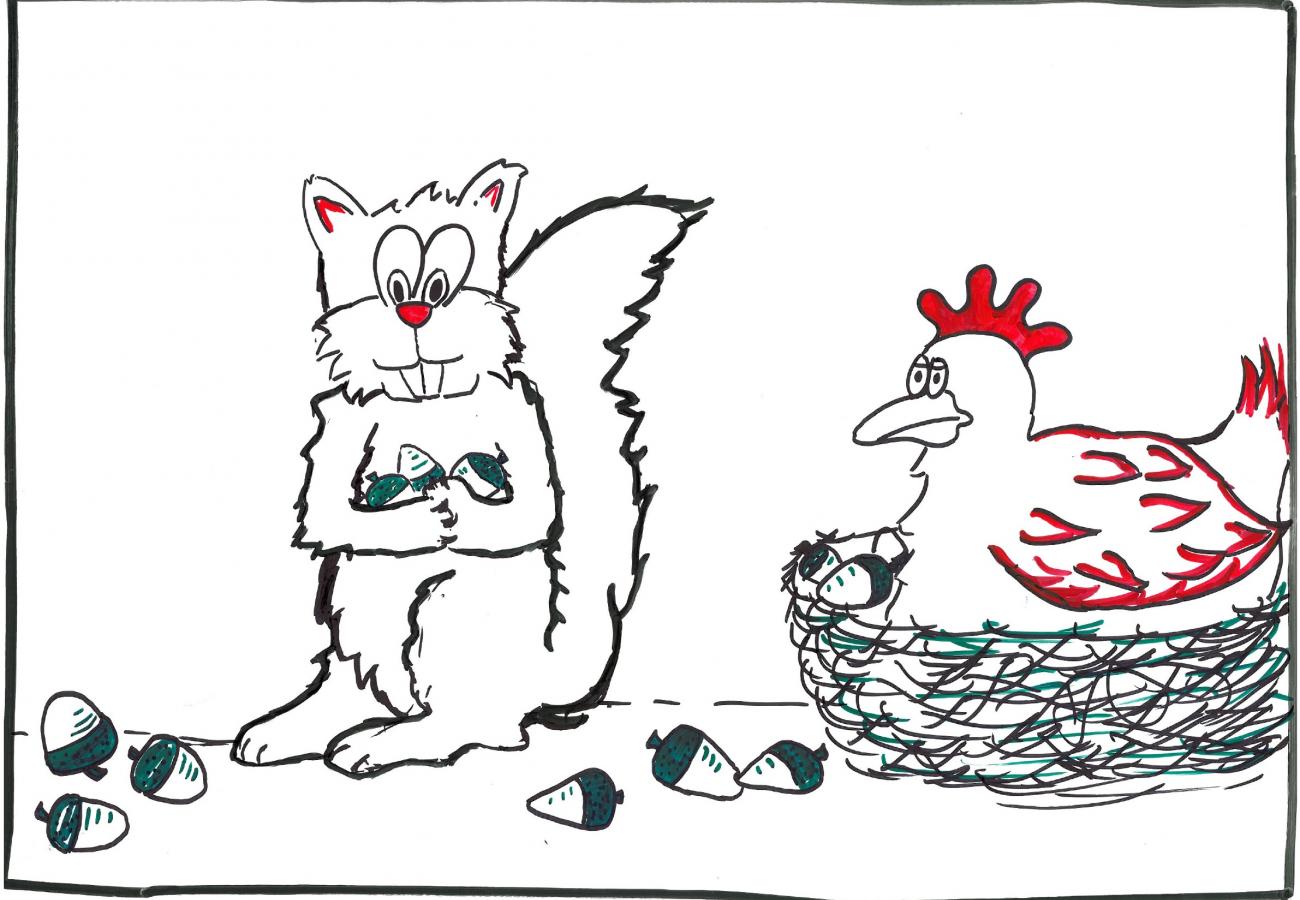 St Brendan's National School 4th Class Loughshinny, Co. Dublin, 11th February 2009
There once was a squirrel called Alfalfa. This particular squirrel spoke jibberish. He just did not make sense. His biggest dream in life was to be a stunt man. However, he had a problem-he was terrified of grannies on motorbikes.

One day Alfalfa was in Croke Park. He was practising his stunts up on a bungee cord on top of the goal post.

He jumped off and right before he was supposed to bounce back, the cord tightened and gave him a gi-normous wedgie and he hit the ground. 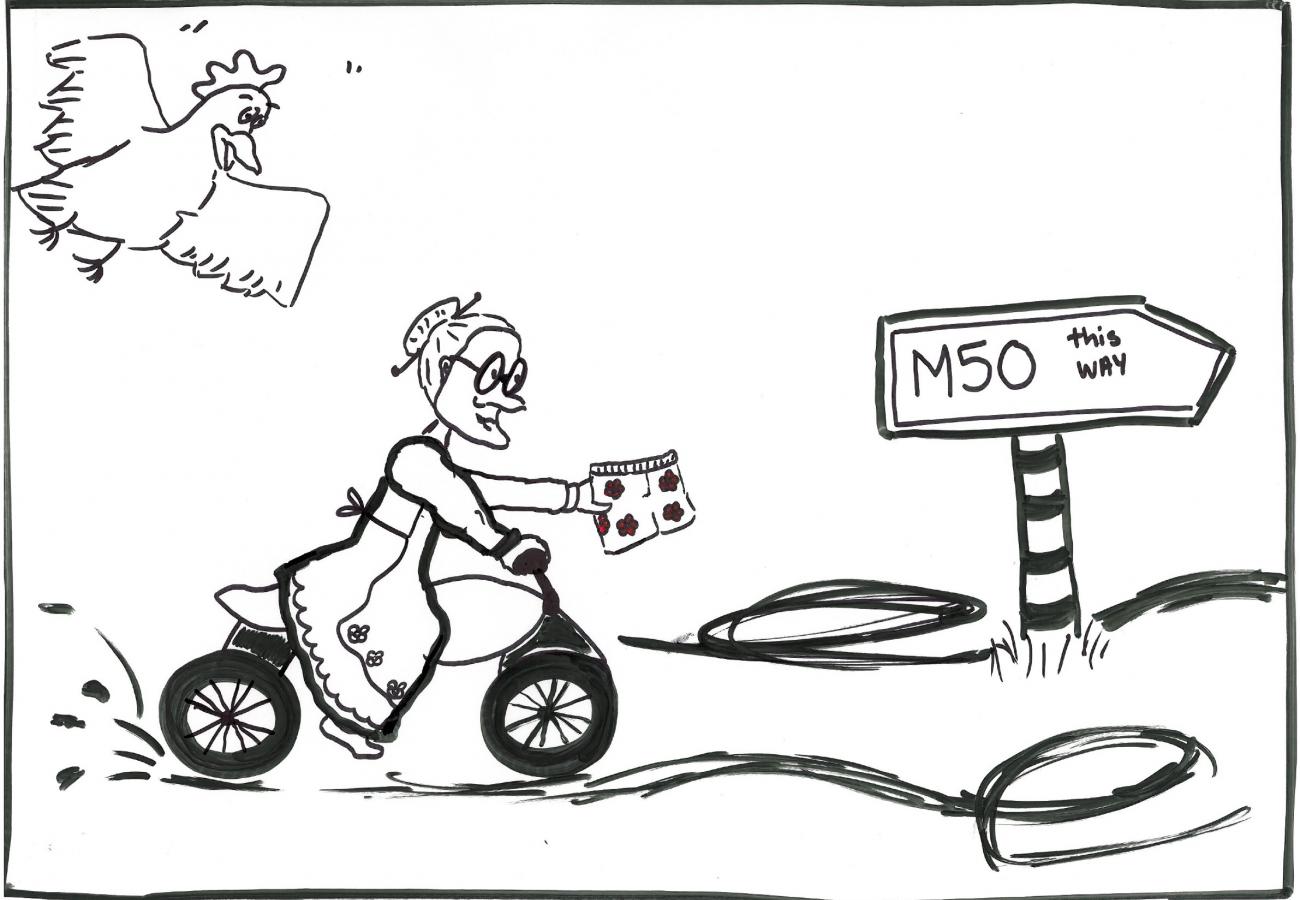 The squirrel had a best friend-a chicken but this was no ordinary chicken, this particular chicken laid nuts instead of eggs!  His name was Ape.

He said “you ….” And he turned around and gently fired some nuts at him.

The squirrel Afalfa used the little English he knew and he said “You idiot, hajkufdosfjkshf!” 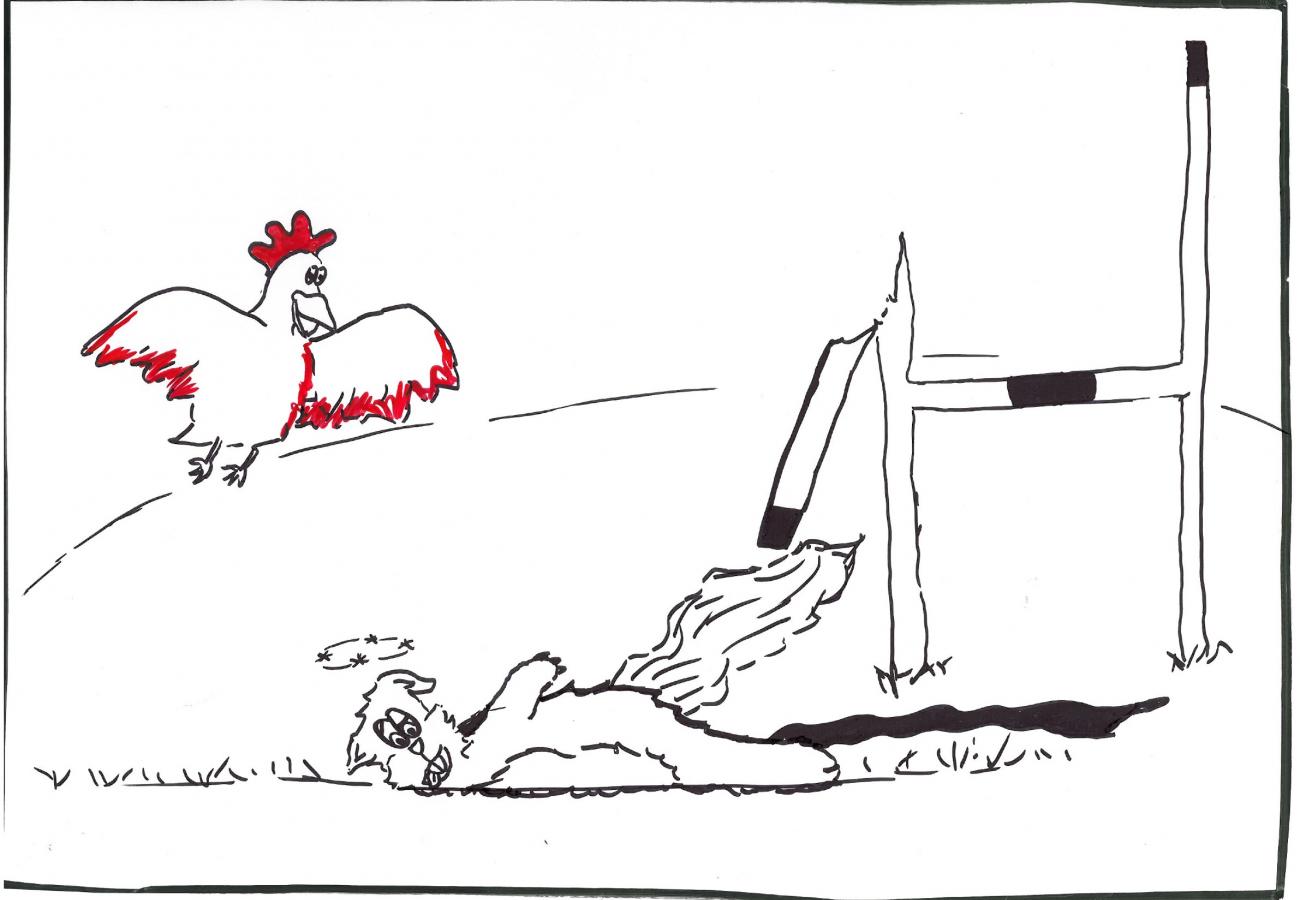 Ape understood jibberish and knew he said “it was not my fault”.
Just then a granny arrived in on a motorbike just off the M50 and sped through the tunnel in Croke Park. The bike flew out onto the pitch, turned around in circles and started doing doughnuts.

The chicken shouted “Is your underwear pink flowers with polka-dots?”.